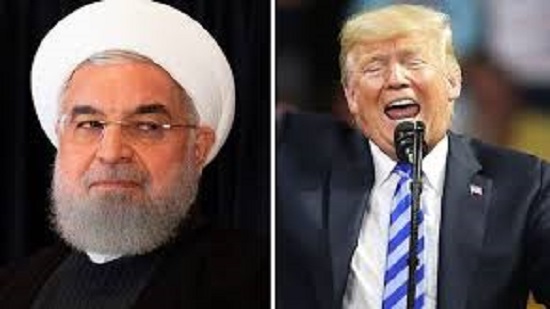 Is the war close?

After Iranian downed the American drone and claiming some parts of the downed American drone were recovered from Iranian territorial waters near the Kooh Mubarak area. Trump announced yesterday that he ordered to stop strike on Iran in the last minute on Friday, he claimed that the strike was going to result on killing about 150 persons and that s why he decided to stop the strike.

Mohamad Morsi and the culture of the society?

After Mohamad Morsi died I feel the current regime succeeded in turning the people to be a monster. Being happy that Mohamad Morsi died and some of th3e media celebrated the death of a person before being an ex-president to Egypt. Unfortunately, the current regime is not a merciful regime and is very crucial. This regime is turning everyone in Egypt to be scared and not having mercy on any person died even if we were not agreeing with that person. 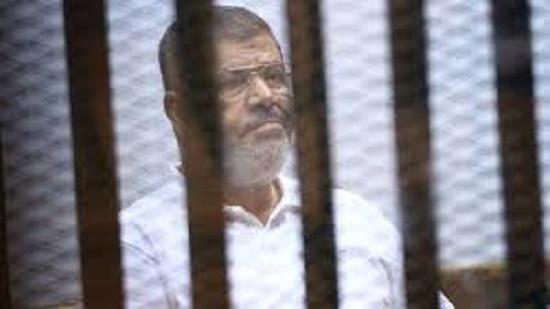 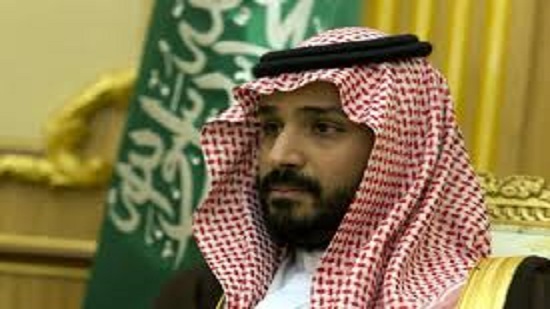 Sisi and Saudi Arabia try to convince the whole world that they are fighting terrorism and in fact they are the one to create the atmosphere for terrorism to exist and grow everywhere. Saudi s leaders and the crown prince ordered to kill the Saudi s Journalist Jamal Kashogi and still lying about it. Saudi leaders are the killer outside of the law and took revenge of an innocent person because he was criticizing the crown prince. The last report from the UN referred to Saudi leader as the one responsible of killing Jamal Kashogi and keep repeating the same lie that the crown prince had nothing to do with this crime. In fact, with us supporting all tyrant regimes in the region that in the long run will result in creating injustice and that injustice will hurt everyone. Saudi Arabia created the terrorism around the world and now want us to believe that they will fight it!! 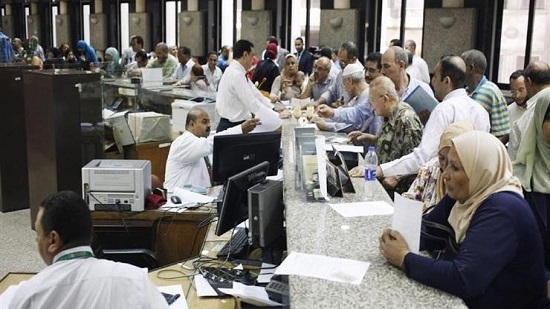 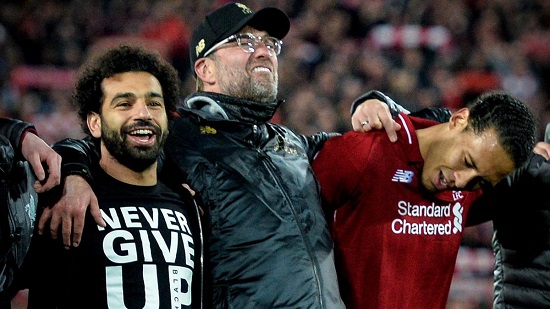 Mohamad Salah did it

Finally, Mohamad Salah could achieve on of the most valuable championship in the Europe. We all were waiting for this moment to come. We say how Salah was playing well and be striker of the England league for two times in a row. Salah did his best this year with his team to be able to achieve the England league, but they lost it was only one-point difference between Liverpool and Manchester city. Salah although he didn t take part in the second match against Barcelona, however, he wore a T-shirt saying, “Never give up” and Liverpool did the miracle and won against Barcelona 4-0. Salah T-Shirt became the slogan for every Egyptian and everyone tries to keep the hope up while the Egyptian football team close to start the African championship. We all hope that the Egyptian team will do good and make good results to make all Egyptians happy especially after a long time of disappointing.

For long time ago Egypt was known with its free Media and everyone was able to express his opinion without censorship, however, after creating what is called the highest media authority there is no freedom of speech any more. Recently the media authority decided to stop many programs because they didn t follow what is called the “Media Ethical Chart”. Instead of resorting to the court and they determine what is with the law and what is against the law. Now This authority became a small court ready to eliminate anyone doesn t follow its chart. Unfortunately, such kind of authority will never create a free society but on contrary, create more fears and doubts among society. 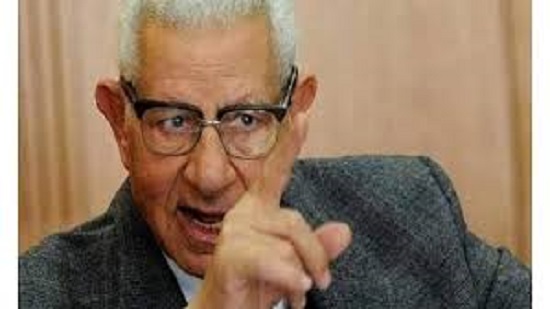 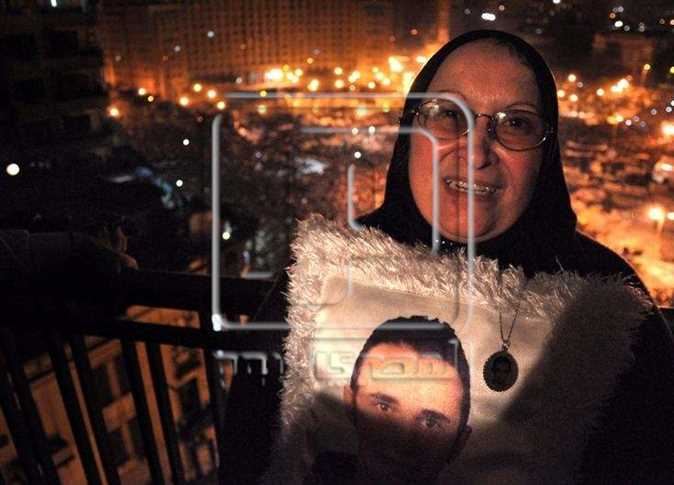 Paid my attention today one news about the death of Khaled Saeed’s Mother. I totally recognized when i read this news how painful could be when someone dies and feel absence of justice. Her son died and people killed him free or sentenced few years comparing to their action. One of the main things destroy societies is lack of justice and people feel they have fair channels to resort to when they want.

I knew father Marcos Aziz for long time. I had many interviews with him. We spent a lot of time discussing the Coptic situation and what is the solution to the persecution that Coptic suffer from last century. Every time I set a time with him for an interview I went to him in the hanging church. He always very generous and welcoming you in a way makes you feel special. He always was welcoming me as I m at his home. 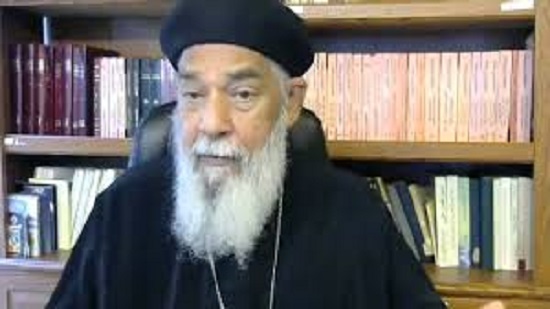 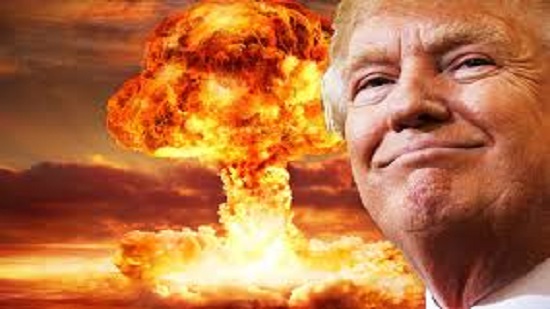 It seems that we might have a third world war without recognizing that. Unfortunately, the US policy leaded by trump will put the world on its edge. Trump so far failed in his negotiation with North Korea, created a lot of tension with Iran after withdrawing from the nuclear agreement, defended Saudi Arabia after killing the Saudi Journalist “Jamal Kashogi”, and obtained a trade war with china and let the economy goes down every day. We must remind ourselves that sometimes wars happen unintentiona

Saudi Arabia announced lately executing of 37 persons. Their accusation was terrorism and threaten the national security. Egypt as well executed 39 persons, a lot of them was young people. I don’t want to discuss the execution as a punishment although I disagree completely with it. 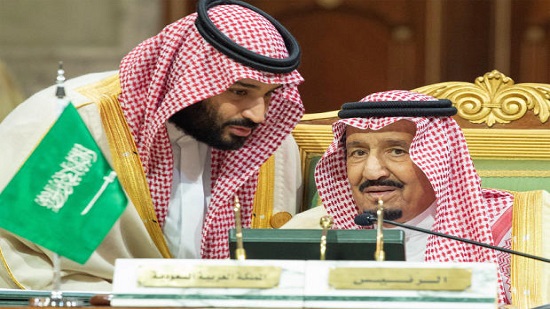 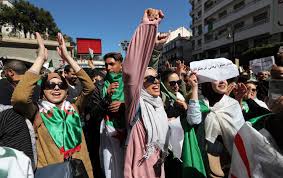 Arab countries: where corruption ends for a new one to start

With every strikes and demonstration starts in the Arab countries people start to dream to have freedom and welfare life as people in the west has. Unfortunately, people in our Arab region didn t learn the lesson after almost 5 countries failed change their regime and their style of life. I meant ( Lybia – Syria- Yemen- Egypt – Tunisia ).

Finally, the Sudanne s President Omar al-Bashir forced to step down by his army. This scene looks exactly like the scene happened in Egypt 6 years ago. Army step down a president and forced anther one step down. I have just was reading a book about why some countries are rich and some other are poor, although both of them could have the same potential. The book was explaining that land, labor and natural resources are main factors for production if used rationally. 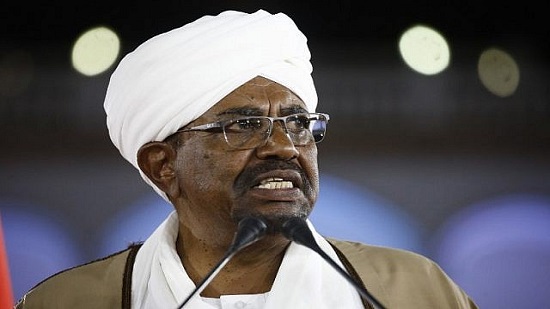 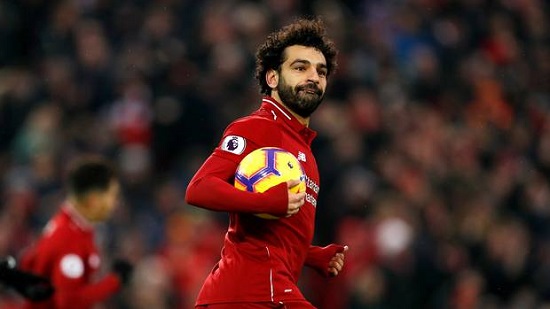 If you ever felt there was a decision should be made long time ago and who should make it didn t make it , it means with no doubts that its not taken because it didn t help in a certain way. Egypt went through very tough economic decision in the last 5 years and president Sisi keep telling Egyptian I can t increase your salaries because he claimed that he doesn t enough budget to increase salaries. Suddenly on March 29th, Sisi decided to increase all salaries for all governmental employee and he still didn t explain to us from he could find a budget for this increase suddenly especially with the amendments in the constitution that the parliament discuss for now. In conclusion, No doubt that every citizen needs this increase especially that inflation in Egypt reached its highest rates in decades, however, presidents of Egypt always just give when they need something. 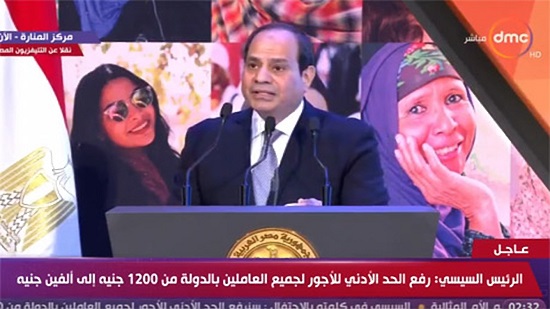 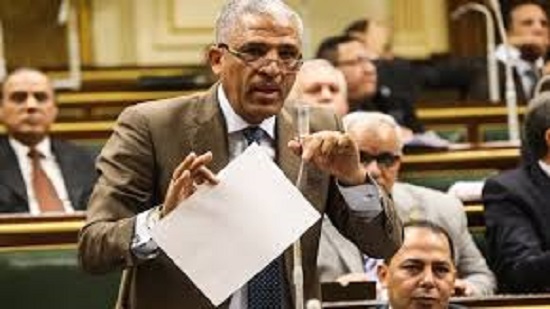 Finally president Sisi ordered the government to withdraw the appeal from the court against and give the pension deserved to the old people. No doubt that this step is coming while we are close to amend the constitution so Sisi wants to get some support from the people in that difficult time.

After Saudi Arabia admitted killing The journalist jamal khashoggi will Egypt admit killing the Italian student Rogeny? This is a big question and the answer should only known by the Egyptian authority Everyone know that Rogeni killed by security people and after same accident happened to the Saudi Journalist everyone thought that this is the right time to admit Killing the student and try to introduce the killers to justice. 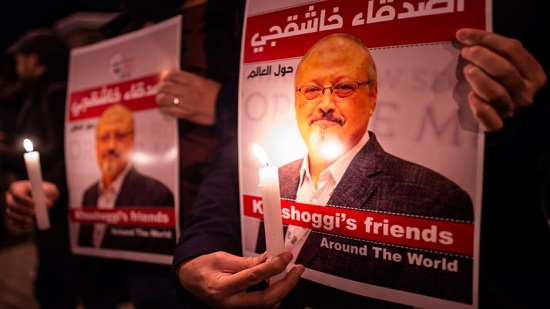 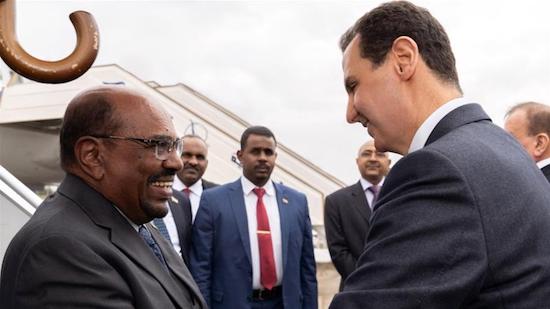 Arab leaders dont give their people any chance to choose and they force them to accept what they want. From Sudan, Algeria, Syria to Egypt, there is no much choices people have. In Sudan, the president divided the country between North and south, trying to capture all the opposition and put then in the prison.

Egyptian are the victims

With every accident happens in Egypt we see that simple Egyptians pay the price of this careless accidents whatever this accident was a train accident or a boat accidents. In all countries there is something called a code of work and a code of ethics which control people from doing the wrong while they are at work and at the same time find a way to compensate victims if anything bad happened. 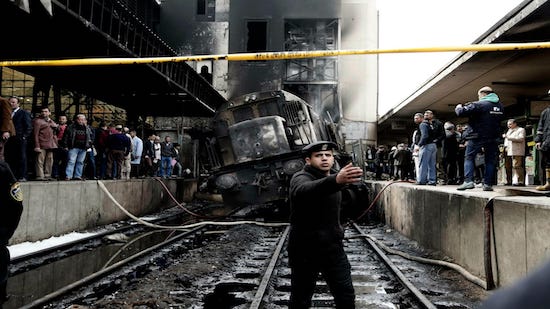 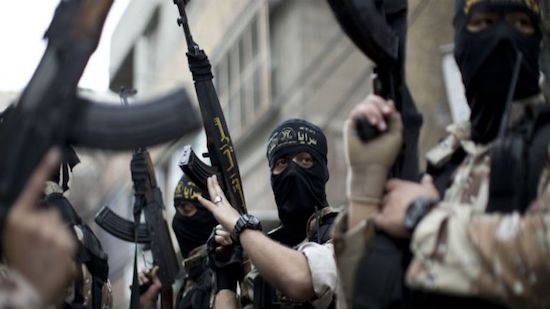 Extremism should not be justified

When you live abroad for a while it is easy to notice many things you wouldn t notice if you live inside your native country. Lately, I noticed while walking or going somewhere that a lot of people actually read and listen to the news of their original country not the country they live in now. Although many left their countries for many reasons from persecution to search for a better life, however, everyone is still connected to his native country through social media, TV and The News. While we are in the Valentine s Day, that shows the love everyone carry for his native country although the suffering and the problems he passed by in his life to come to a new country. In conclusion, we can feel the love going through our body to our countries even if we don t live in it anymore and that s why this year I want to say Happy Valentine s Egypt. 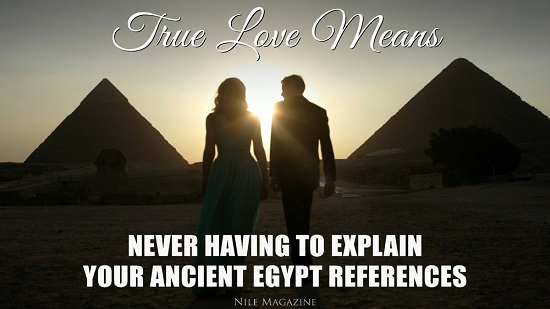 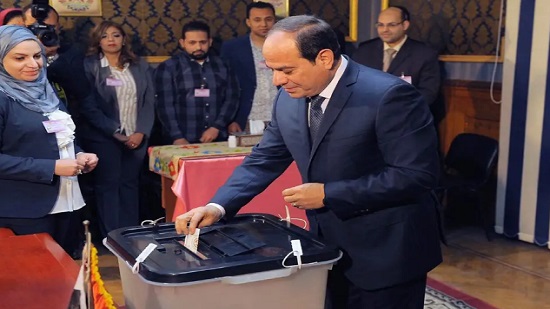 Again Egyptian and the political regime in Egypt don t want to learn from his past mistakes and lately member of the parliament suggested many amendments to the constitution. These amendments mainly targeting increasing how many times the president can run for the election, thus, president Sisi can be in the power for longer time. Unfortunately, most of the intellectual and elite of the society can t utter a word or objecting what s going to happen otherwise they will face what the Egyptian director “Khaled Youssef” faced by provoking him with sexual videos.

Defeat of oppression and tyranny

After Recep Tayyip Erdoğan had lost in the municipal elections three of the most important cities of his country, he refused to accept such loss in the capital. Thus, he repeated the elections to lose for the second time. This time, he acknowledged his loss and has not fraud the elections. He puts thousands of his opponents and journalists in jail, but he refuses to rig the elections or cheat. This could have hap