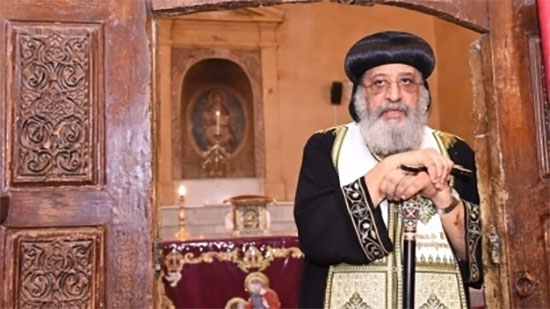 His Holiness Pope Tawadros II, Pope of Alexandria and Patriarch of Saint Mark See, visited the shrine of St. John Cassian in his monastery in marseilles, southern France , accompanied by a delegation and received by Hisham Maher, the Egyptian Consul General in southern France, and Archbishop Jean-Marc Eveline. Saint John Cassian lived at the fourth and fifth centuries in Romania and was strongly influenced by the Egyptian Orthodox monasticism.

Chamber of Tourism and Guides expressed anger at the decision of Luxor s governor to remove the Pharonic symbol Ankh from Hello Square in Luxor, which has ordered to remove it as soon as possible. They assured that it only symbolizes the other life and has nothing to do with the cross of Christianity. 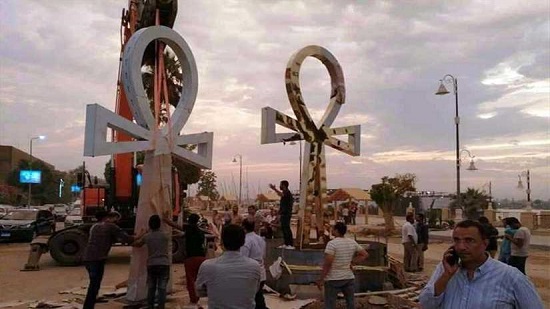 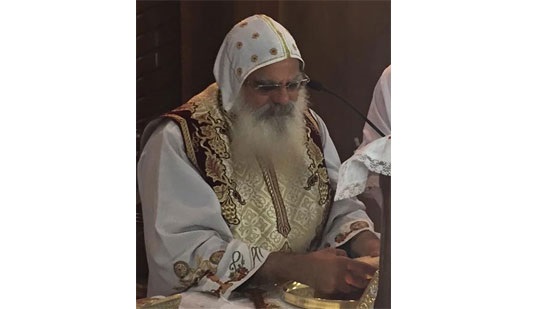 Bishop Agathon heads to the Diocese of Sydney on October 27

Pope Tawadros at the Belgian Senate: We live in Egypt in the spirit of one family

His Holiness Pope Tawadros II, Pope of Alexandria and Patriarch of St. Mark See, said on Friday during his visit to the Belgian Senate that the situation in Egypt is improving. He added that Egypt is carrying out a number of major development projects that will take Egypt among the developed country. He stressed that the Egyptian people live together in the spirit of the same family. 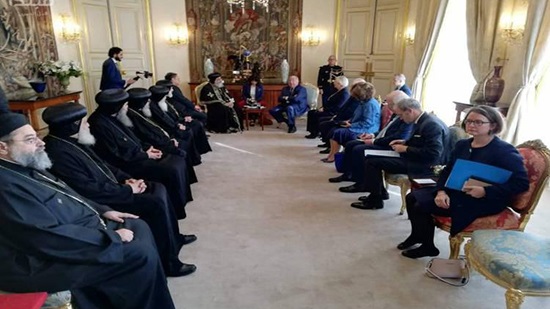 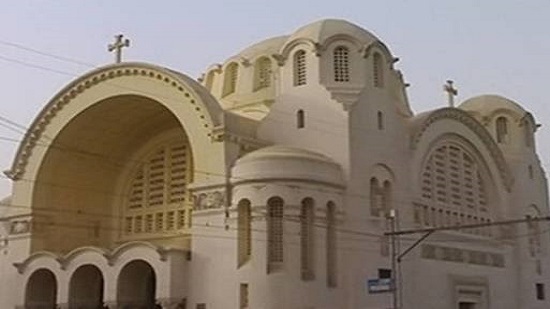 Samalout Churches in Minya Southern Egypt launched "House without cancer" campaign to teach people about how to protect their children from cancer. The Campaign is launched between 24 to 27 October , and will bring doctors from the Children s Cancer Hospital 57357 to lecture and answer all queries.

Pope Tawadros II headed the inauguration ceremony of the Cathedral of the Virgin Mary and the Apostles, in the Louvain region, Brussels, Belgium. This came within the framework of the Pope s pastoral visit to Belgium. 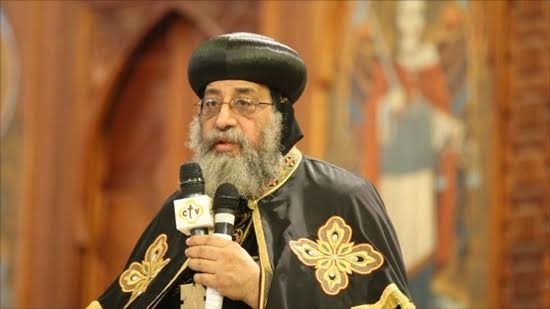 HH Pope Tawadros II, Pope of Alexandria and Patriarch of Saint Mark See, visited the European Parliament in Belgium yesterday as part of his pastoral visit to a number of European countries. His Holiness was received by the President of the cultural and religious Dialogue Group of the European People s Party and the Egyptian Ambassador in Brussels.

As His Holiness Pope Tawadros II arrived in Belgium, he was received at the airport by Khaled al-Bakly, ambassador of Egypt to Beligium. Pope is accompanied during the visit by Bishop Daniel of Maadi, Bishop Michale of Qubba Gardens, Waily and Abbasia. 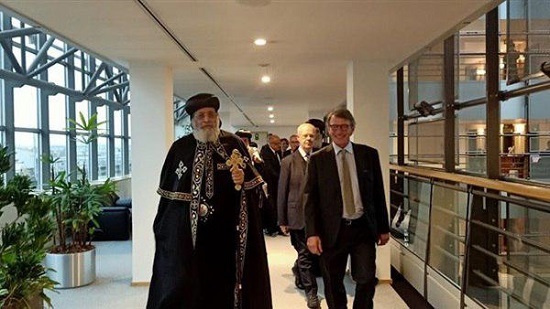 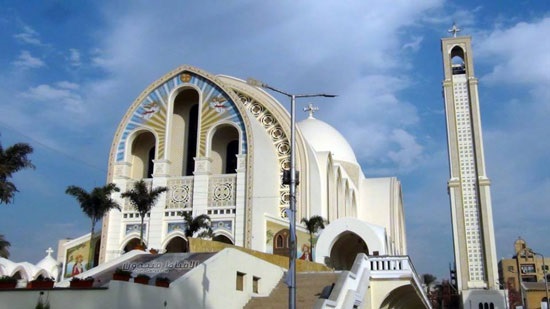 A cultural center refuses to hold a seminar about the Coptic history!

Coptic activist Ayman Ghali said that an Egyptian cultural center of the Ministry of Culture refused to hold a celebration and a seminar on the feast of Sham Ennessim. He had submitted an official request to hold the seminar, but it took months to answer and they said that the Coptology and Coptic history is outside their concerns!

Coptic Orthodox Church announced that His Holiness Pope Tawadros II Pope of Alexandria met with French President Emmanuel Macron on Monday. This came during visit of Pope to France as part of a pastoral care visit. 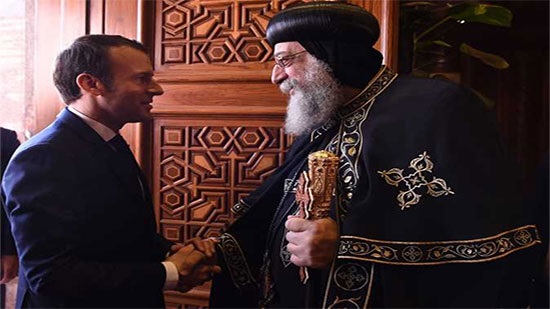 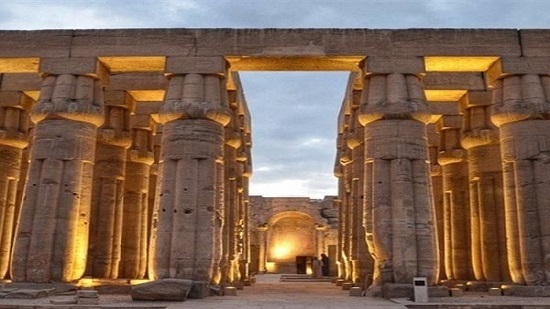 An American tourist was deported to her homeland from Egypt after she stripped nude in Luxor temple in order to take a photo and publish it on port sites. She was arrested and investigated before prosecution ordered her deportation.

St. George Church and Pope Shenouda Church in Jersey City launched its annual exhibition in the United States of America. A number of Egyptian and foreign publishing house will participate in the exhibition as well as a group of priests of the Egyptian Church. 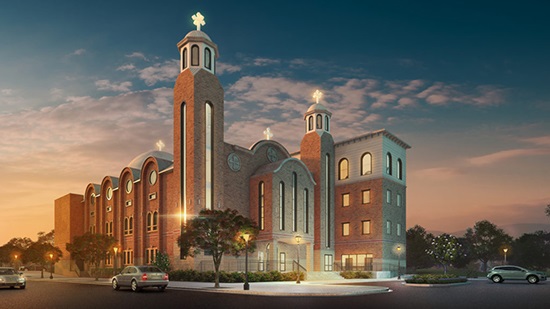 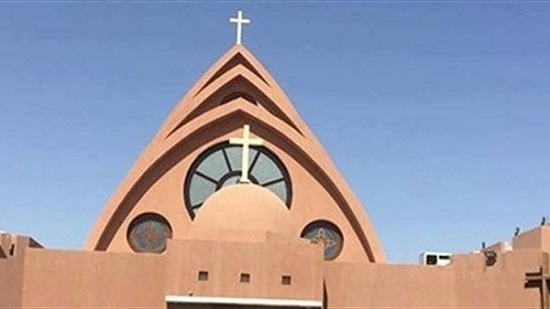 Committee of the Holy Synod concludes the Fourth Conference of fiancées

Synodal Committee of the Holy Synod of the Coptic Orthodox Church concluded its Fourth Conference of fiancées at St. Mina Monastery of King Mariout, Alexandria. The conference was attended by a group of priests, ministers and youth from the Egyptian Orthodox Church. Dr. Amir Yohanna, a counselor of mental health and family counseling and education, also lectured at the conference on what is a healthy marital life.

A Coptic child was killed after she disappeared in front of her house in Kalosna village, Samalout, Minya. Police were reported and the matter is currently under investigation. 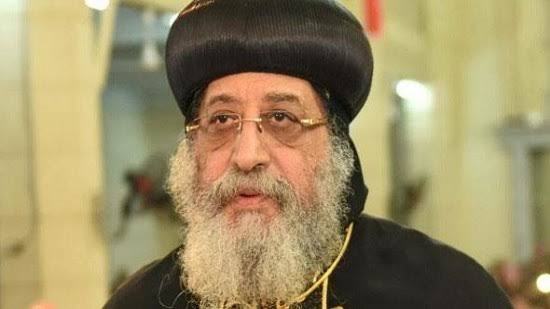 Next Sunday: Pope Tawadros opens a new church in Paris

The Egyptian Orthodox Church announced that His Holiness Pope Tawadros II, Pope of Alexandria and Patriarch of St. Mark See, will open the new Coptic Church in Dravya, Paris. During the Divine Liturgy at the Church, Pope will inaugurates the church and then he will lead a meeting of the youth.

Bishop Demetrius presides over the Holy Mass in Austria

Bishop Demetrius of Mallawy presided over the Holy Mass in the Coptic Church of our Lady in Austria. This came during his pastoral care visit to Austria where he was accompanied by a group of priests of the Orthodox Church there, some of the ministers, deacons, and congregation of the Church. The Youth Festival in Alexandria concluded

St. Stephanus church in Qous inaugurated a new institute for Coptic Melodies. The institute aims to graduate canters and ministers who master the melodies of the Coptic Orthodox Church after studying for 5 years. 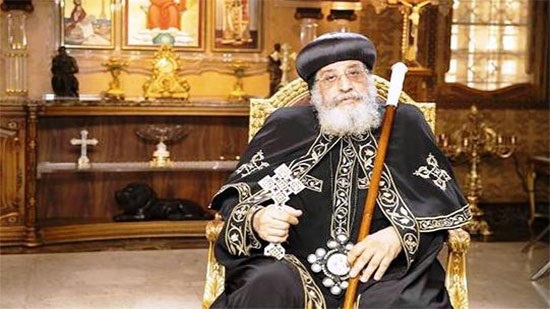 His Holiness Pope Tawadros II, Pope of Alexandria and Patirarch of St. Mark See, is visiting France next week in a pastoral care visit. The Pope will celebrate the Holy Mass on Saturday morning in northern France, and will meet with the Coptic Congregation there.

Archbishop Markos of Shubra Al-Khayma ordained a number of new priests at the Church of St. George for the ministry in the diocese. The new priests moved to St. Bishoy monastery in Wadil Natroun to spend a period of spiritual retreat according to the Coptic rituals. The Coptic Orthodox Cultural Center in Abbasiya received a delegation from the Egyptian army, on the occasion of October 6th celebrations. The delegation of the armed forces included the assistants of the Commander of the Popular Defense and Military Forces and the Secretary of the Forces Command.

President Sadat, had an old saying during the Middle East crisis and peace negotiations with Israel that ninety-nine percent of the cards were in the hands of the Americans. Sadat was right and, but the collapse of the Soviet Union led to confirm his saying and prove his wisdom. I wonder if he would remain in his vision today or would he change his mind? In the last five years, the Kremlin has been less interested