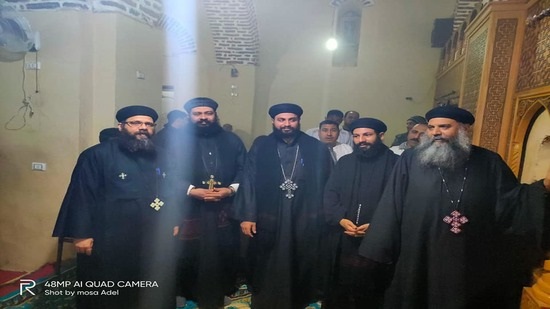 The Holy Family of the Franciscan Fathers Celebrates Christmas in Luxor

Following the Western calendar, the Church of the Holy Family of the Franciscan Fathers in Luxor celebrated Christmas. The Prayer was led by Father Milad Rizk, the pastor of the Church, and the Franciscan Fathers and Monks who served in the various parishes of Theban Parish. The prayer included readings and sermons from priests in several foreign languages. The prayer and celebration were attended by a number of tourists of different nationalities visiting the city of Luxor and a number of nuns.

Abba Hedra, Archbishop of Aswan, inspected the Church of Abu Seifin and St. Demiana in New Aswan, which is currently under construction. He followed the concrete casting process as the structure domes of the new church to be established and thanked all concerned authorities in the country for their good cooperation. 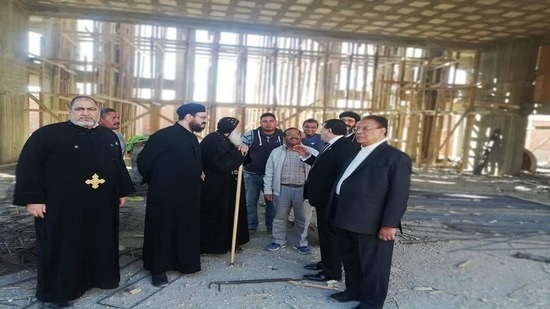 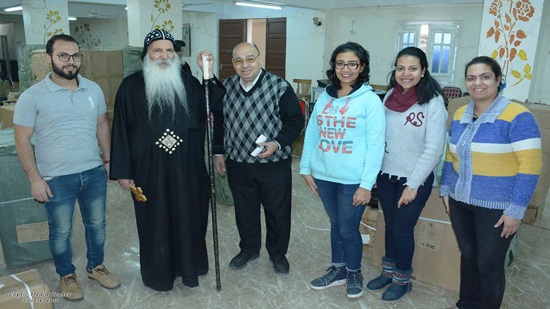 Bishop Bernaba of Turin and Rome headed the holy mass at Alessandria city which is located 700 km north of Rome. It is worth mentioning that he has visited last week the Church of the Blessed Virgin Mary in Virchila, which lies 650 km north of Rome. 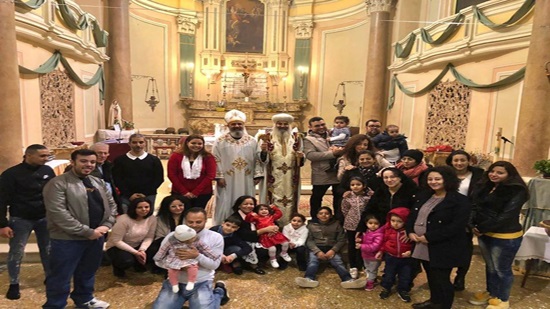 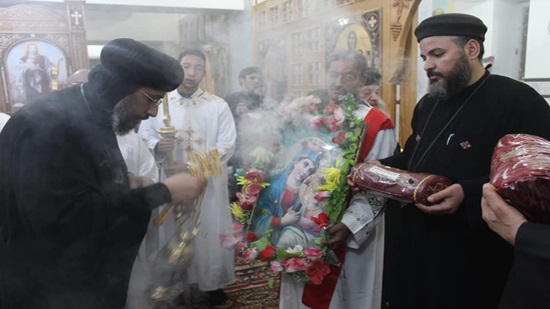 Bishop Arsany perfumes the remains of St. Nikolaos in the new valley

Bishop Arsany of the New Valley perfumed the remains of St. Nicholas on the night of his feast. H also perfumed ten remains of St. Abaskhairoun of Kellin at the celebration that was attended by clergy and congregation of the church

Bishop Bernaba of Turin and Rome inaugurated the utensils of St. George Church in Isty city located 650 kilometers north of Rome. A number of deacons were ordained during the celebration that was attended by bishop Michale of St. Anthony monastery and Father Angelos Gaber. 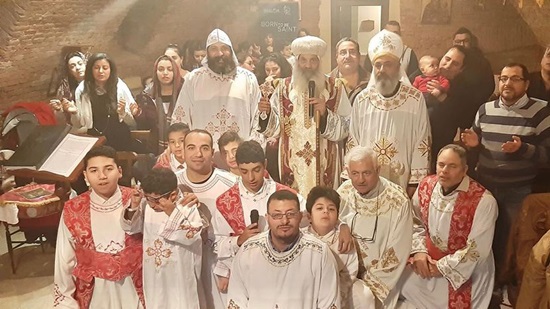 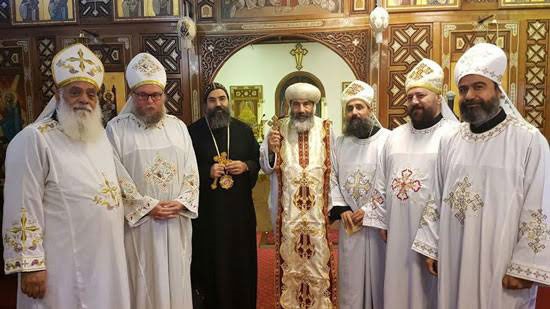 Bishop Tadrus of Port Said inaugurated the holy vessels of St. Mina Church in Port Said in a big celebration. The celebration was attended by many clergy and congregation of the diocese.

Bishop Isaac of Tima inaugurated the Church of St. George in the village of Qawia after the completion of its renovations. During the celebration, Bishop Isaac delivered a spiritual sermon entitled "Why did God create man? 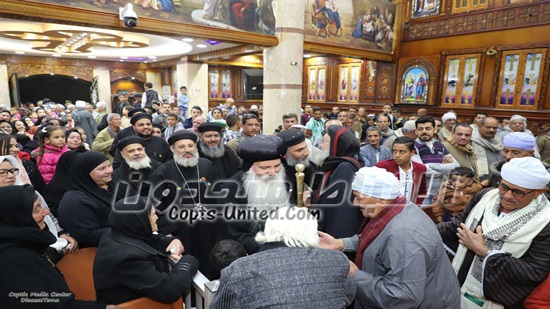 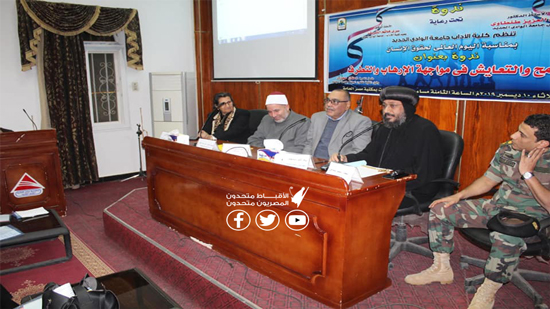 The University of the New Valley organized a symposium entitled Tolerance and Coexistence against Terrorism and Extremism under the patronage of Abdel Aziz Tantawi, President of the University in the presence of His Eminence Bishop Arsanyos of the New Valley and the oases. HG delivered a speech to university students about how to spread peace and tolerance.

Bishop of Turin celebrates the Holy Mass at Termoli

Bishop Bernaba of Turin and Rome celebrated the Holy Mass at the City of Termoli, which is located 370 km south east of Rome. The holy mass was attended by monk John of Syrian monastery and the congregation of the church. 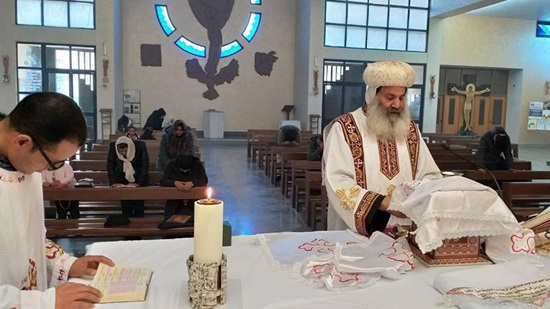 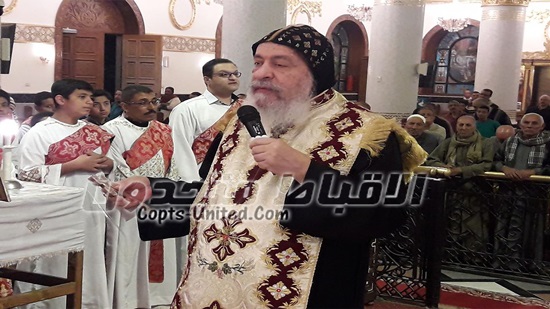 Bishop of Qena perfumes the remains of St. Mina

Bishop Sharobim of Qena perfumed the remains of St. Mina and St. Simon and St. Salib at St. Peter Church in Qena in the presence of hundreds of Copts. The diocese is holding a spiritual renaissance for two weeks on the occasion of the Nativity fasting.

Bishop Takla of Dishna ordained a new priest for the church of the Virgin and St. Moses in Faw Bahary, Dishna. The new priest Father Frhan Selim will spend the next 40 days at the monastery of St. Pachomius in Luxor as part of the Coptic ritual for newly ordained priests. 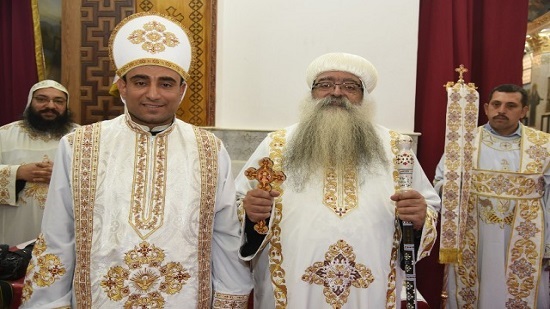 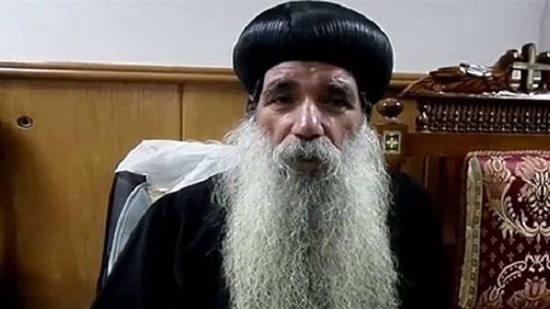 Bishop Cyril of Nagaa Hammadi continues physical therapy in Cairo under the supervision of the Director of the New Jersey Institute of Spine Diseases in America. It is worth mentioning that Bishop Cyril performed a cement injection in the spine in the United States last month and was accompanied during the operation by bishop Begul, head of Muharraq Monastery and Father Zucima al-Muharaqqy. 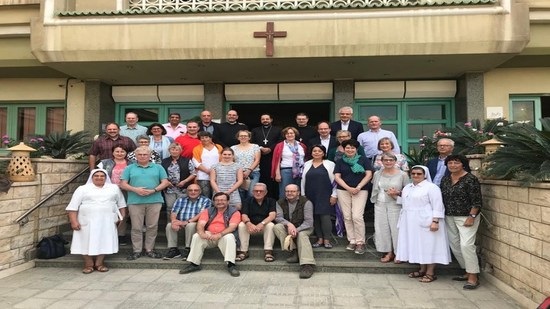 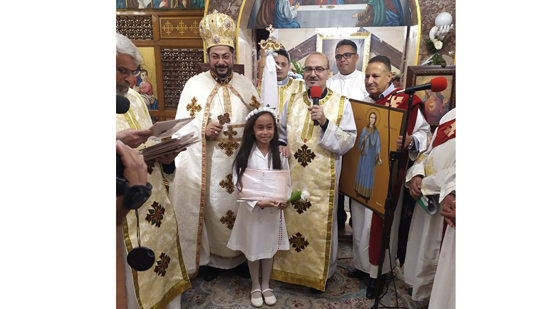 The Catholic Church of the Virgin Mary in Paris celebrated the ordination of 12 new deacons by His Eminence Anba Youssef Abou El Khair, Bishop of Sohag. In his sermon, he stressed the importance of the new ordination as it renews the Church ministry.

Dishna Diocese celebrated its foundation anniversary and the enthronement anniversary of Bishop Takla. The celebration included many songs and hymns offered by the choirs and speeches of congratulations. 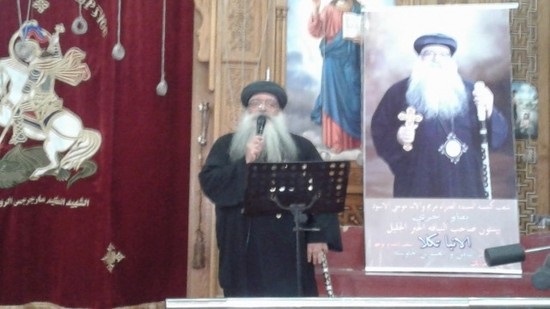 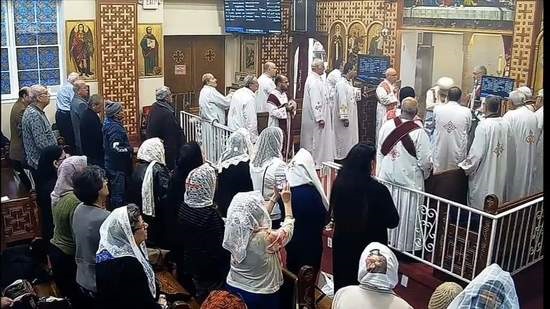 Bishop Makar presides over the Holy Mass in Canada

Bishop Makar of Sharqia and 10th of Ramadan City, and supervisor of some churches in Canada, presided over the Holy Mass at the Cathedral of St. Mark in Toronto, Canada. During the Holy Mass, he delivered a sermon entitled ‘nevertheless at Your word I will let down the net.’ 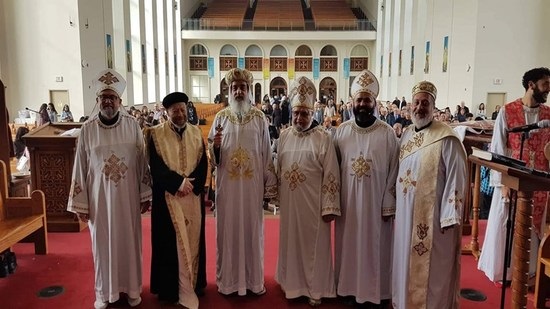 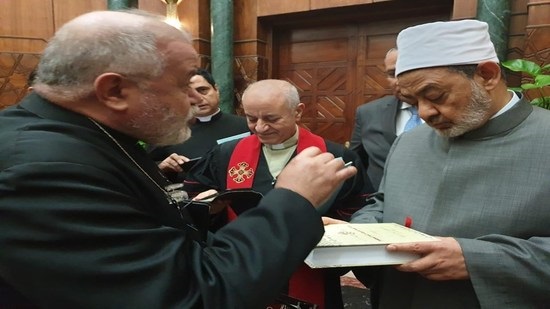 The Council of Churches of Egypt visited today the Grand Imam Dr. Ahmed El-Tayeb, Sheikh of Al-Azhar, at his headquarters in Al-Azhar, Cairo. Grand Imam received a delegation of more than thirty members representing the Council of Churches of Egypt who talked about the document of human brotherhood signed in the United Arab Emirates between His Excellency a representative of the Islamic world and His Holiness Pope Francis of the Vatican.

Bishop Barnabas of Turin and Rome visited the Diocese of Northern Germany at the invitation of Bishop Demian of Northern Germany. The celebrated the Holy Mass and ordained a number of new deacons for churches of the Virgin Mary and St. Murice in Höxter. 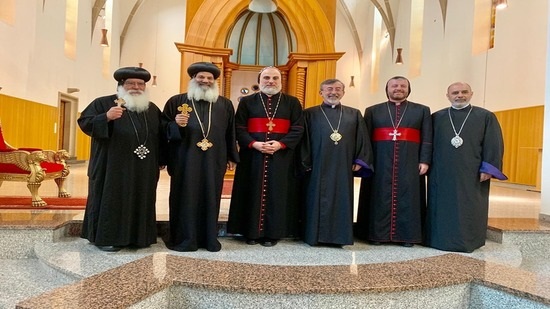 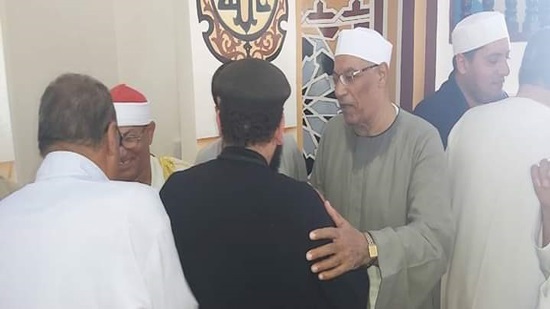 Father Metias Naguib, priest of the church of the Virgin Mary and St. Tomas in Ezbet Nashid in Sharqia, participated in the opening ceremony of Islah (reform) mosque. The celebration was attended by a number of senior officials and clergy of Sharqia who delivered speeches of love, peace and coexistence.

Netflix launched an offer called ‘The First Temptation of Christ’ that sparked angry responses around the world since the film presented Christ as gay. This shameful act is a moral crime and totally contradicts our firm belief. The film mocks the Bible and the Christian faith and is considered a miserable attempt to spoil the story of salvation of Jesus Christ. Jesus who was sinless said ‘Which of you convicts