By- The Egyptian Gazette 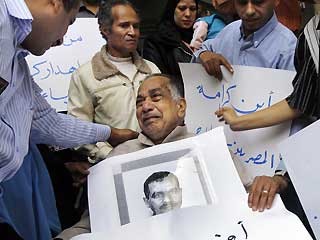 "We are calling on King Abdullah to release Dr Raouf el-Arabi and Shawqi Abd Rabou on the occasion of Eid al-Fitr (that marks the end of the holy month of Ramadan)," a member of the association?s board said. He added that the recent death of the father of el-Arabi and Abd Rabou's deteriorating health were things that should prompt their release. Both doctors have spent three years in prison and received flogging for different reasons.