A group of enlightened intellectuals who adore Egypt and care about it so much have decided to establish the Egyptian Secular Lobby to be a pressure tool to protect private and public freedoms, prevent discrimination based on sex, religion, race or color.

The lobby aims to pass laws against discrimination and hatred, and works for the interests of the homeland and the Egyptian people. It works as a pressure tool on the government and its membership will be open before the public.
About this topic, we had this interview with Mr. Momen Sallam, manager of movement civil Egypt movement website...
1 . Why did you establish this lobby?
To be a pressure group to protect private and public freedoms, prevent discrimination based on sex, religion, race or color. We will also fight for women's right to join the judiciary, and support their right to decide whether to wear the veil or not. Furthermore, we'll fight discrimination and hatred incitement against the Egyptian people based on religion, sex, race or color. We also call to apply the law and change it to gain more rights.
2 . Does the lobby care only for people's rights  rather than politics?
The lobby is not a substitute for the political parties. Furthermore, it doesn't seek political gains, but rather the interests of the people and, therefore, it is able to demand the cancelation of many controversial articles in the constitution that political parties can't demand.
3 . Did you find your support by any political party in Egypt?
Unfortunately, the current parties are very weak and don't work to strengthen themselves and communicate with the people. Furthermore, many of its leaders adopt fanatic ideas concerning religion and women.
4 . Who are the celebrities among the founders of the lobby?
Most of us are not very well-known people, but we have many artists, journalists and professors.
5 . Why the name "Egyptian Secular Lobby:" was chosen?
It is not decided yet, but it's just suggested. The final decision is yet to be made.
6 . Can you explain the world secular? Does it mean disbelief?
Secularism simply means to separate religious institutions from political institutions. It doesn't contradict religion, but contradicts tyrannical government and hypocrite people caused by such unhealthy mixture. All citizens should be equal before the law regardless of their faith, color or sex.
7 . Why didn't you choose the name: Egyptian Lobby instead of secular?
It was intended to use this name in order to demonstrate that secular and secularism are not bad words and doesn't mean infidelity. In fact, secularism is the only way to achieve modern democracy.
8 . What's the goal of the lobby at the next period?
We seek collecting all secularists to fight against the political Islam that has been blackmailing the government for more than 40 years. Now, we have to get together to save the state and to fight for our freedom and democracy.
9 . How can members communicate with each other?
Giving our limited resources, we may use the internet for the most of our meetings as it's the only cheap way to do so. Yet, we can hold meetings later.
10 . Will you publish an online membership form?
Sure we will do, and applicants will be asked to provide their national ID numbers.
11 . Will you form a legal committee of jurists for the lobby?
Of course, we will, as the Islamists have won a lot through similar committees.
12 . What about a newsletter for the lobby?
We should issue a newsletter and other publications that the media committee will responsible for.
13 . What would a party benefit upon adopting the goals of the lobby?
Members of the lobby should vote for such party and support it at the elections.
14 . What if no party supports the demands of the lobby?
We don't expect much success from the very beginning. Hard working and activity should bring us success. Moreover, working with mass media and information technology should be of great help.
15 . How will the lobby be able to unify different people with different ideologies?
Public demands are unifying us. Democracy should teach us how to deal with each other and accept our differences.
16 . Do you have an initial approach or regulation for The lobby?
We have founded a group on Facebook to receive joining requests, Link Group
https://www.facebook.com/groups/Egyptian.secular.Party/
17 . Do you receive emails and suggestion?
We do receive emails and suggestions on our Facebook page.
Tweet
Author 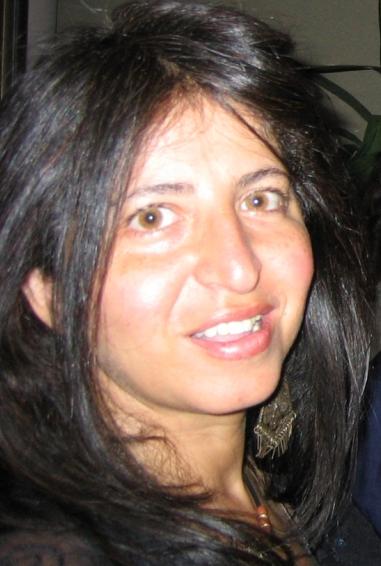 Freedom' is the most case that occupied people since they were created on earth. The word of freedom is a brilliant and beautiful word in the man and humanity's life.