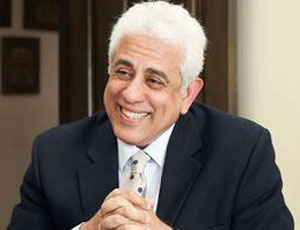 WASHINGTON — The United States welcomed as a ‘positive step’ the mass resignation of leaders of Egyptian President Hosni Mubarak’s party Saturday, as it seeks to prod the strongman to the exit.

Mubarak huddled with his new government for the first time as the top executive committee of his ruling National Democratic Party, which includes his son Gamal, resigned, state television reported. The NDP executive has six members, including its secretary general. Gamal Mubarak was its number two, and also headed the 30-strong political committee. But despite the shakeup Hosni Mubarak remains president of both the party and of Egypt. US officials hailed the move but urged more change. ‘We view this as a positive step toward the political change that will be necessary, and look forward to additional steps,’ an Obama administration official said, speaking on condition of anonymity. ‘We welcome any step that provides credibility to that process,’ said National Security Council spokesman Tommy Vietor. Gamal Mubarak and the secretary-general of Egypt's ruling National Democratic Party (NDP), Safwat el-Sharif, resigned in a gesture to protesters carrying out a 12-day-old wave of anti-government demonstrations, State TV reported. Both were to be replaced by Hossam Badrawi - a senior NDP member and part of the party's board of governors. The new secretary general of the party is seen as a member of the reformist liberal wing of the party.