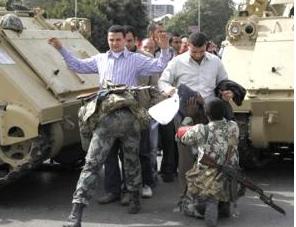 CAIRO - Security personnel on Saturday thwarted an attempted by anonymous saboteurs to damage a major car tunnel in the Egyptian capital, officials said.

Cairo Governor Abdel Azzim Wazir said that unknown persons had broken in to the control room of  the two-way Al Azhar Tunnel, which links the centre of the Egyptian capital to its outskirts, but they were exposed and stopped.

“Security men responsible for protecting the tunnel managed to foil the attempt,” he said, adding that two cars were burnt down in the bid.

The destroyed cars were removed and the traffic inside the tunnel returned to normal, he said.