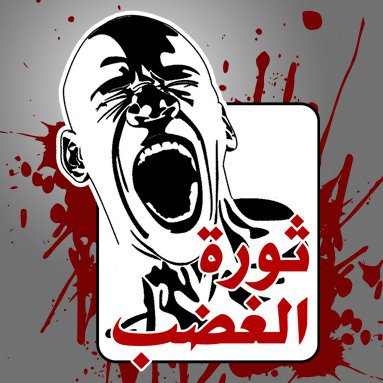 Now, and only now, after the explosion of Egyptian wrath:

• Mubarak declares he has no plans for running in the upcoming presidential elections.
• Mubarak declares he will assign Parliament to study the amendment of the articles 76 and 77 of the Constitution. Both articles are concerned with the election of the president of the republic and the terms of the presidency.
• Mubarak declares he has given his orders to the People’s Assembly and the Shura Council—the lower and upper houses of Egypt’s Parliament—to observe the court verdicts on the contested election results in several constituencies. Parliament has decided to suspend its activities until the court rulings on the contested constituencies are out.
• Mubarak demands of his vice president to conduct a dialogue with the political parties with the objective of attaining real participation by the opposition.
• Mubarak gives orders that the people’s demands should be responded to, and stresses that he stands by the Egyptian man of the street.
• Mubarak issues a decree appointing Omar Suleiman his vice president.
Before the wrath exploded:
• Secretary-general of the National Democratic Party (NDP) Safwat al-Sharif declares the party intends to nominate Mubarak for a new term in the upcoming presidential elections, and Mubarak does not deny it.
• Mubarak repeatedly says the Constitution provides a system for the election of the president of the republic, and that there was no intention of amending it.
• Parliament’s two houses proceed with their activities in a ‘business as usual’ attitude amid hints that the verdicts on the contested seats will not make any difference. It was Parliament that coined the term ‘master of its own decision’ to define its independence of any other authority.
• Mubarak remains silent before the NDP’s role in the last parliamentary elections in which the opposition was curtailed. He also remained silent in the face of the NDP’s declared pride at its sweeping victory and the crushing of the opposition, as though there was no need for any opposition role.
• Mubarak would not appoint a vice president, on the pretext that he found no one qualified for that role.
Wise men in Egypt had called for certain measures which, had they been implemented, would have prevented the wrath
• Once a president is elected he should give up his partisan membership since he would have to be the president of all Egyptians equally. This would indiscriminately give all Egyptians and all political parties equal opportunity to work in political activity.
• A vice president should be elected on the same ticket as the president, and he should in turn give up his party membership.
• Once the speakers of Parliament’s two houses are elected, they should give up their party membership to ensure their perfect impartiality, and to secure a political climate that would not be biased towards the ruling party.
• Abolishing the Party Affairs Committee, or re-forming it to include only prominent public figures or figures who belong to the judiciary and have no partisan belonging.  This should put an end to the dominion of the NDP on the committee, and would allow for the entry of new parties to the political scene; prospective parties which were seen to threaten the NDP domination of the political arena have been hitherto systematically rejected.
• The citizenship rights and principles stipulated in the first article of the Constitution should be enabled. This should serve to remedy the sectarian discrimination which is so prevalent on all levels: the legislative and official; in schools, curricula, and in the media. It is this flagrant discrimination which led to the explosion of the Coptic wrath at the outset of this year, prior to the Egyptian wrath which broke out in the recent demonstrations.
• Restraining the sway of the security authority, in order to move from a police State to a moderate, civil State.
What is to be done now, in the wake of Mubarak’s speech?
Mubarak’s words to the Egyptian people gave hope for constitutional and political reform that would lead to a civil, democratic State, while upholding legitimacy and evading anarchy. Mubarak possesses a national credit that qualifies him to realise the aspired reform.
It should also be said that it is not an Egyptian trait to requite their leaders or to overlook their real achievements.
Tweet
Author