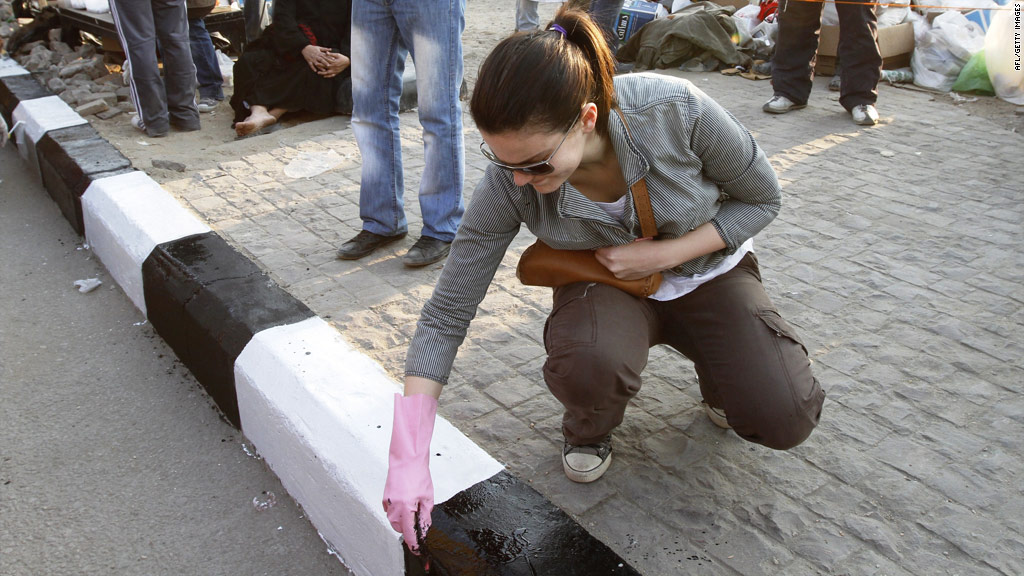 Cairo, Egypt (CNN) -- Egyptians on Saturday cleared burned cars, garbage and debris that accumulated over 18 days at Tahrir Square, a sign that Cairo and the rest of the country were ready to rebuild and get back to work while the country formulates a plan for governance.

A day after President Hosni Mubarak stepped down, employees and businesses readied themselves for Sunday, the traditional start of the work week. The country's stock market is expected to reopen Wednesday.
Wael Ghonim, a cyberactivist who is a Google executive on leave, wrote Friday on his Twitter account, "Dear Egyptians, Go back to your work on Sunday, work like never before and help Egypt become a developed country."
Volunteers repainted black-and-white-striped street curbs around a monument by the Egyptian Museum, which had been on the front line in street battles between Mubarak's foes and supporters. Police were starting to move barricades and trying to restore vehicle traffic at Tahrir Square, where many protesters vowed to remain.