At least 4 dead in Bahrain as violence continues 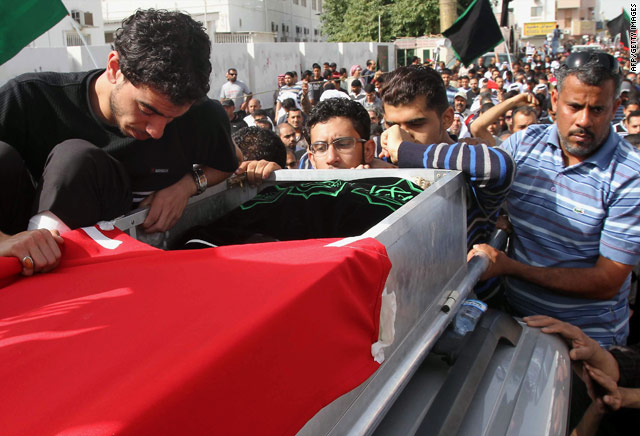 Manama, Bahrain (CNN) -- Government forces fired Friday on protesters in Bahrain's capital, killing at least four of them, an ambulance worker told CNN. The violence was the latest in a series of confrontations that began Monday in this Persian Gulf island nation.