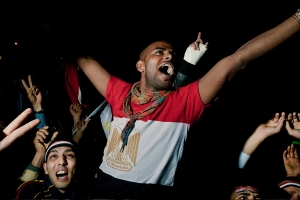 After spending almost two weeks in detention, found himself anointed a leader by the leaderless movement he'd helped to create.