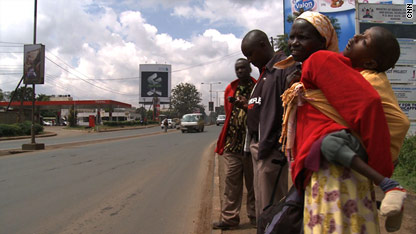 Gatanga, Kenya (CNN) -- "Even if it is difficult, God can do anything," says Eudias Wambui, cradling her 17-year-old son Kennedy."There is nothing difficult in the eyes of God."