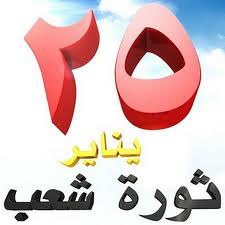 Events in Egypt are moving at such a whirlwind pace; one is positively out-of-breath trying to catch up on them. With Egyptians whole-heartedly savouring the “post-Mubarak era”, I worry lest the 25 January revolution be hijacked or drift into uncertain directions. Wisdom dictates that matters should return to normal as soon as possible; workers and employees should go back to work to compensate for the huge economic losses incurred during the 18-day revolution. Yet some voices are actively spreading the erroneous notion that now is the perfect time for workers to pressure the government to grant them demands that would otherwise be forever lost. Since this idea plays into the suffering of the poor and deprived, it has produced a wave of strikes, protests and walkouts.

The masses may be excused since they are living through speedy, radical changes nobody could have anticipated. At the same time, most people are veritably shocked at reports carried by the media of massive-scale corruption and allegations that several of the leading figures in the previous regime have been for decades plundering the country’s fortunes. Granted, the truth about these allegations remains yet to be discovered, yet talk of fortunes in the nine digits made by the few who were in power provoked many people to take action to demand better living conditions. The voice of reason, nonetheless, dictates that people go back to work to rescue the country’s declining economy. It has to be borne in mind that the opportunity to reform the wage system is not yet totally lost, but will stand no chance of success if the current state of chaos continues or metamorphoses into civil disobedience. This would undermine all prospects of stability or motion towards the civil state we aspire for.
The Supreme Council of the Armed Forces (SCAF) has formed a committee to amend several articles of the Constitution and determine the ground rules for holding a referendum on them. The committee consists of a group of qualified legislation experts, and the articles to be amended are purely political. Yet many Egyptians—Copts in particular—expressed their fears because the committee chairman, Tareq al-Bishri, holds positive, well-publicised views on political Islam; while one of its members belongs to the Muslim Brotherhood. This reigned a sense of apprehension that there might be hidden considerations behind the current formation of the committee, hence dealing a severe blow to the aspirations of the youth of the 25 January revolution, who had chanted the slogan “we want it a civil, not a religious State”.
I tried hard to quell the fears of those who called me, and stressed that the SCAF had announced its determination to transfer power to civilians. I said that the qualifications of the committee members and the nature of the assigned task leave no room for manipulating the principle of the civil State. However, it was clear to me that a sense of suspicion is prevalent among many of those to whom I talked, and who were cautious not to be lured into accepting any form of religious State under whatever circumstances.
Along the same line, there is a public outcry against Article 2 of the Constitution among circles that desire an Egyptian civil State. Article 2 states that Egypt is an Islamic country, Arabic its language, and Islamic Sharia is the main source of legislation. The outcry is not new. Four years ago, as the previous regime investigated the introduction of constitutional amendments, a host of intellectuals and human rights activists—Muslims and Copts alike—called for the abolishment of Article 2. The amendments were passed with Article 2 intact, but a new Article 1 stipulated that Egypt was a democratic system based on citizenship. Many people— myself included—accepted that compromise on grounds that activating citizenship concepts should counter any abuse of Article 2. Yet the State passed no legislation to activate Article 1, and the situation on the Egyptian scene was further aggravated by the escalation of sectarian violence against Copts—a product of the prevalent climate of hatred and fanaticism. Especially from 2008 and till 2010, the Copts were subjected to a large number of attacks, the last and more tragic of which was the 2011 New Year Eve bombing at the Church of the Saints in Alexandria.
I understand the logic of those who reject mid-way solutions and believe that there can be no turning back at this stage. But I cannot disregard the great achievement that has been made over the past two months, especially the solidarity of Muslims and Copts following the Alexandria bombing and during the revolution. And I am determined that such achievement should, under no condition and at whatever cost, be jeopardised. My worst fear is that the clamour over Article 2 would divert attention away from our top priority: the smooth transition to a civil State. If we manage to preserve our national unity as demonstrated by our youth in Tahrir Square, we will be able to sit together at a later stage and engage in a dialogue on a new Constitution that cements the elements of the civil State and offers our youth a new roadmap to modernism and prosperity.
Tweet
Pope Shenouda Article