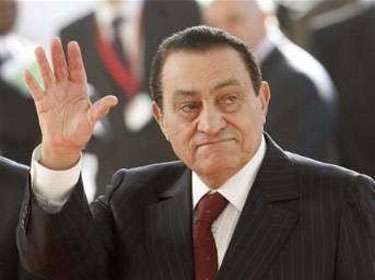 (Alkhabar) Newspaper Algerian is widely supported by the figures on the wealth of all Egyptian President, said sources by President’s member of Hosni Mubarak’s family, and his wife, Mrs. Suzanne Mubarak and his two sons, (Gamal and Alaa), who own more than 40 billion dollars properties and assets in banks and U.S. institutional investors and banks in Switzerland and Britain.

The paper's sources that Jamal Mubarak, Assistant Secretary-General of the ruling National Democratic Party in Egypt, has its own wealth is estimated at 17 billion dollars spread over several banking institutions in Switzerland, Germany and the United States and Britain, where he has the current account secret bank’ UBS'' Swiss account in second in the Swiss bank is another''ACM'', the distribution of wealth across several investment funds in the United States and Britain, including Bristol Foundation and Real Estate British, the Foundation for Financial Data''Surf'', which manages mutual funds.
Ms Susan, according to a confidential report was discussed in foreign source says,  she became a member club of billionaires since 2000, when it was her personal fortune billion reserves fulfilled mostly in American banks, as they own property in several European capitals such as London, Frankfurt, Madrid, Paris and Dubai. Range from the wealth of Egypt's First Lady today between 3 and 5 billion dollars, has reaped the most personal of interventions for the benefit of its investors and businessmen.
The Alaa Mubarak has reached the value of property and funds personal inside and outside Egypt 8 billion dollars, including property in Los Angeles, Washington and New York, where he owns a real estate exceeded the value of 2.1 billion dollars in the street Rodeo Drive, which is one of the finest streets of the world, in the suburb Manhattan in New York, in addition to having two characters of two royal yacht and a value exceeding 60 million Euros.
The (Alkhabar) in its report: As for the farmer's own son Egyptian President Mohamed Hosni Mubarak, the value of his personal fortune estimated in 2001 at least 10 billion dollars in mostly liquid funds in American banks and Swiss, British, such as Bank of Scotland England and Credit Suisse of Switzerland.
The sources estimated the daily Algerian funds President Mubarak, not less than 15 billion pounds, mostly from commissions on arms deals and questionable real estate deals in Cairo and the tourism investment zones in Hurghada and Sharm el-Sheikh, is not surprising that the value of  Mubarak’s wealth is more than 40 billion, so Most major companies imposed on it to deliver 50 percent of their annual earnings to a member of the Mubarak family, Mubarak  gets  50 percent of net profits in the institutions of cigarettes Marlboro and Metro, Hermes and Mcdonnlds (Mansour), Skoda (Shafiq), and ahmad-Ezz , and Dreamland (touched), the company followed by the television stations attacked Algeria on a daily basis, and ART (Saleh Kamel), and First (full-Kholi), and Movenpick (Salem), and commercial (Mallawani) and Vodafone (champion) was prior to impose the same percentage to the English company, which owns Vodafone Egypt, and Ceramica (Aboul-Enein), and Weavers (Khamis), and Mobinil (Severus), and Hyundai (Ghabbour), Al-Ahram Beverages (Zayat), and the City Stars (and Sharbatli Alchukbkcy), and Americana (Kharafi and millennial) and Chili (Mansour Amer) and other and other big companies.
Tweet
Pope Shenouda Article