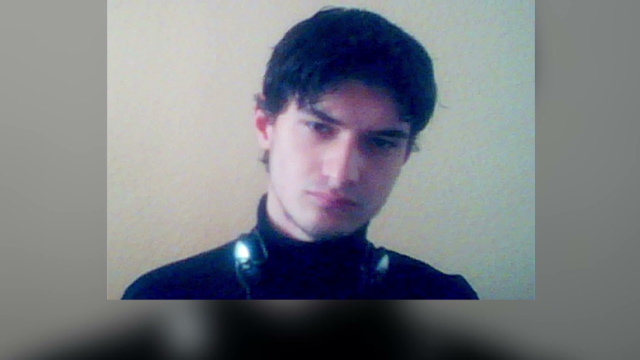 Frankfurt, Germany (CNN) -- The man suspected of shooting and killing two U.S. Air Force servicemen in Germany was seeking revenge because of U.S. military operations in Afghanistan, according to a warrant issued on Friday for the suspect.

The suspect, Arid Uka, is a recently radicalized Muslim who seems to have been influenced by local radical Islamist websites, according to German authorities. Prosecutors say Uka shot and killed two U.S. servicemen and wounded two others in the attack Wednesday on a U.S. military bus at Frankfurt Airport.
The arrest warrant for Uka lists two accusations of murder, three allegations of attempted murder and two accusations of causing severe bodily harm.
The 21-year-old man said he was motivated to carry out the attack after seeing a video on the internet the day before, which he claimed showed U.S. soldiers raping Muslim women, according to a German intelligence official who viewed a record of the suspect's interrogation.
The suspect confessed to the shooting, and said that he acted alone with no helpers, the German intelligence official said Thursday.
He was friends on Facebook with several pro-al Qaeda extremists from a group based in Bonn, Germany, that is known to German intelligence officials, according to the official. He also had links to an Islamist preacher named Pierre Vogel and someone named Nessery, who was arrested about two months ago in Afghanistan, according to a U.S. official with direct knowledge of the investigation.
The gunman was a postal worker at the airport, but worked outside the secure area. The U.S. official said Uka didn't appear to punch into work Wednesday -- having apparently canvassed the area beforehand, helping him get around the extensive uniformed and plain-clothes security that typically patrol the Frankfurt airport.
Another U.S. official on Thursday said that Uka was "not on the radar screen" of American authorities prior to the attack.
The suspect is from Mitrovica, a town in northern Kosovo, that country's interior minister, Bajram Rexhepi, told CNN. He cited the U.S. Embassy in Pristina as his source.
The U.S. official with knowledge of the probe said Uka was a 1-year-old toddler when he moved to Germany, and that authorities believe Uka's relatives had suffered in the 1990s during the Serb crackdown on ethnic Albanians.
He has passports from both Germany and Yugoslavia, the latter of which was issued prior to Kosovo's declaration of independence from Serbia in 2008, Rexhepi said.
Uka told interrogators that he lived with his family in high-rise public housing in a poor area of Frankfurt, the German intelligence official said. He said he did not have a friendly relationship with people in the neighborhood and did not interact with others there. He said his father was very strict and harsh with him, according to the official.
On Wednesday, he allegedly approached a bus, which was parked outside Terminal 2 and was clearly marked as a U.S. military vehicle, German police said after the shooting.
According to the warrant, Uka asked a recruit where he was being deployed. The airman replied that he and his comrades were headed to Afghanistan. Uka then shot him in the back of the head with a handgun. The suspect then entered the bus, screamed "Alahu Akbar," and opened fire, killing the driver, the warrant says.
Uka then shot two other passengers, wounding one in the head and the other in the chest, the warrant says. The suspect tried to shoot another serviceman but his gun jammed, it says.
The suspect fled then fled into the terminal, where he was taken into custody by German federal police, according to the warrant.
The suspect used a 9 mm handgun that was illegally purchased, Rhein said.
One of the dead airmen was a vehicle operator at Ramstein, and the second was part of a security forces team based in the U.K., an Air Force spokesman said.
The bus was occupied by 15 members of a security forces team that was on its way to Ramstein Air Force Base in Germany before deploying to Afghanistan, the spokesman said.
Zachary Cuddeback was one of those killed, his grandfather, Daniel Cuddeback, told CNN. It's not clear if he was the vehicle operator or the member of the security forces team. A statement from his family described Cuddeback as a hockey player and "Army brat" with especially strong roots in Missouri in Virginia who joined the Air Force in 2009 after a year at Old Dominion University.
The U.S. Defense Department on Thursday identified the other victim as Senior Airman Nicholas J. Alden, 25, of Williamston, South Carolina. He had been assigned to the 48th Security Forces Squadron based out of the Lakenheath air base in Great Britain.
The two wounded airmen were in a Frankfurt hospital, one in critical condition and the other in serious condition, an Air Force spokesman said.
President Barack Obama told reporters Wednesday he was "saddened and outraged" by the attack. "We will spare no effort in learning how this outrageous attack took place," he said.
German Chancellor Angela Merkel said how upset she was by the incident, expressed her condolences to the troops' families and stressed that Germany will "do everything we can to try and find out quickly what happened."
FBI agents were on the scene shortly after the shooting occurred, said Tom Fuentes, a former FBI assistant director and CNN contributor.
The FBI's main office in Germany is in the capital Berlin, he said, but it has a sub-office in Frankfurt.
The offense is a federal crime both in the United States and in Germany, he said, and could be prosecuted in either location, although that will be determined later. However, the investigation will meet U.S. constitutional standards, he said.
Authorities will be investigating the suspect's background and associates, likely subpoenaing telephone and e-mail records, Fuentes said.
CNN's Ashley Hayes, Barbara Starr, Aaron Cooper and CNN investigative journalist Paul Cruickshank contributed to this report.
Tweet
Pope Shenouda Article