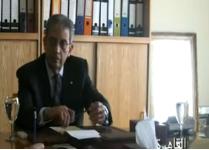 Preparing for an end of his stint as Arab League Secretary General and monitored for his decision to run - or not to run - for upcoming presidency, Amr Moussa, who has been crystal clear about his plans, has been interviewed by Al-Masry Al-Youm. Not only has Mr. Moussa said he was going to run for president but he went on to uncover plans for his presidential program, advised by a group of experts, to be announced on time. Mr. Moussa also discussed a host of issues including economy, scientific research and, not least, politics at large.