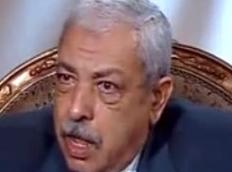 CAIRO (Updated) - Egypt on Sunday named General Mansour el-Essawi as its new interior minister in a further sign that ousted President Hosni Mubarak's old guard were being removed from the cabinet.

Pro-democracy activists have demanded a purge of a cabinet where the key portfolios of defence, justice, interior and foreign affairs have been run by appointees of Mubarak, who was swept from power by mass protests on February 11.
The state news agency MENA quoted Essawi as saying his priorities included reinforcing security across Egypt. Security in the Arab world's most populous nation has been lax since the country's police forces melted away from the streets on January 28.
Many Egyptian policemen remain reluctant to return to duty, fearing attacks by citizens still angry over clashes between demonstrators and security forces during the uprising that led to the deaths of over 300 people.
The interior ministry is now studying a plan to restructure the security apparatus to shore up its credibility.
Essawy's predecessor as interior minister, Mahmoud Wagdi, was appointed by Mubarak after the revolt began in late January, replacing a longtime Mubarak ally, but protesters demanded Wagdi's sacking too, saying he belonged to the old ruling elite.
Egyptian media reports said Essawi was previously the first deputy minister of security of Cairo and Giza governorates and an ex-governor of al-Menya, a southern Egypt province. He was reported to be popular for his efforts to curb corruption.
Egypt's military rulers designated Essam Sharaf as prime minister on Thursday, meeting demands for the removal of Ahmed Shafiq in a step meant to soak up continued anger fuelling further protests since Mubarak stepped down.
The military council to which Mubarak ceded power is now charting Egypt's course towards free and fair elections.
Tweet
Pope Shenouda Article