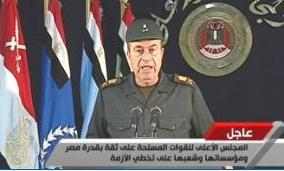 Files should be handed in to the armed forces and not be spread around because this would threaten the security of the nation, the armed forces said in a communique on its Facebook page. But documents were already being uploaded by protesters onto the internet and disseminated via Twitter and other social media sites. Protesters said they found documents burnt, cut and shredded inside the offices, fuelling suspicions that officers were trying to destroy evidence.