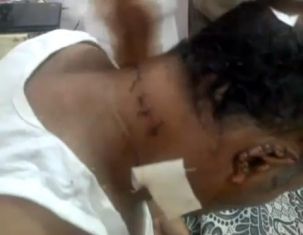 The horrifying incident in which Salafis or Islamic fundamentalists, have implemented  for the first time in Egypt the Islamic penalty or Hudoud on a Christian Copt  by  cutting-off his ear for allegedly renting his flat to a Muslim prostitute,  has sent shock waves throughout Egypt.  The Salafis in the southern town of Qena, 490 KM from Cairo, took all the authorities of the State in their own hands; they arrested the victim, judged him and applied what they saw as the appropriate punishment on him. After that they called the police to take away the victim saying "We have applied the law of Allah, now come and apply your law."