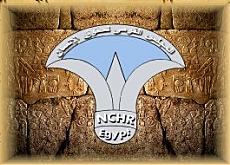 In the immediate aftermath of the tragic attack against the Copts in Imbaba a fortnight ago—the latest in a series of episodes by Salafis and thugs aimed at hijacking the 25 January Revolution—the National Council for Human Rights (NCHR) dispatched a fact-finding commission to Imbaba. The commission investigated the situation on the ground, talking to eyewitnesses, members of the clergy, and the hospitalised injured, and came up with an accurate account of the events. It released a candid report analysing the unhealthy climate which allowed the disgraceful events to take place. Praiseworthy is that the commission did not stop at finding the facts, but offered recommendations to prevent the recurrence of similar attacks.