Notes on the long-awaited law 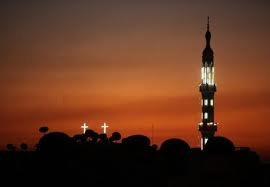 The long-awaited unified law for building places of worship looks finally destined to see light, following six years of freezing in Parliament, and despite numerous, occasional crises which erupted owing to the lack of a law of the kind.  As we applaud the move, we ought to give credit where credit is due: the brave man who took the first step to issue such a law was former MP Mohamed Guweili, chairman of Parliament’s proposals and complaints committee in 2005. Guweili submitted to Parliament a bill that would place places of worship of all religions in Egypt on equal footing. Two years later, in the wake of the violent attack against the Copts of the village of Bemha in Ayyat, Giza, four then MPs—Sayed Rustom, Ibtissam Habib, Yassin Eleiwa and Mustafa al-Hawary—again submitted a bill to that effect to Parliament. In June 2007, the National Council for Human Rights (NCHR) formulated its own draft law, which proved more detailed, and charted the course for putting the bill into effect.

The outbreak of the 25 January Revolution was followed by a series of heinous attacks against Copts, their churches and properties, by extremists and Salafis who sought to hijack the revolution to their own account. The government and security authorities fell inexplicably short of protecting or defending the Copts, and never in any way brought the offenders to justice. Finally, however, the authorities realised it was imperative that legislation should be passed to ban all forms of discrimination among Egyptians, and to attain lawful equality where their places of worship are concerned.
Last week, a draft law on building places of worship was announced. I have, however, a few reservations regarding it.
• The bill says nothing about already existing places of worship that have no formal approval documents. This specifically covers churches built without licence, either out of despair of ever obtaining a licence, or because of the overbearing arbitrariness and reluctance with which the political or security apparatuses granted or withheld approvals—more often than not indefinitely.  In countless cases, the security apparatuses would formally approve the erection of a community service centre, and grant verbal permission for the performance of religious rites inside, without providing formal licence recognising the place as a church. These buildings were closely monitored—and guarded—by the authorities. It is today inconceivable that these churches would be treated as “illegitimate offspring” once the anticipated law is promulgated. Its by-laws should include provisions to legalise these non-licensed churches.
• The bill previously submitted by the NCHR to Parliament included an article stipulating that the religious authority concerned should approve the architectural drawings of the place of worship to be licensed. The purpose of this article is to verify that the project fulfils functional and religious requirements to guarantee that it perfectly performs its mission and that the religious authority would not object to it after licensing. I see that the new law should include an article to that effect.
• The bill’s final article stipulates that “rejections for the building of places of worship should be referred to the President for a final decision”. I realise that this article aims to protect those who file appeals in the face of the authorities’ intransigence; as such, it is a gesture of goodwill that ought to be appreciated. Yet it is by no means sufficient, since it deprives applicants of the right to take their cases to court to repeal decisions rejecting the building of places of worship. Again, the NCHR’s proposal stipulated that the local administrative court should be authorised to settle disputes over the erection or restoration of places of worship. The mandate to settle disputes should belong exclusively to the judiciary. Otherwise, we stand to drift into the odious situation where the president or security apparatuses enjoy excessive powers.
The vicious assault against Marianna
The brutal assault against Marianna Abdou, our colleague at Watani who is also a correspondent with the Coptic TV (CTV) satellite channel, in Tahrir Square on Friday 3 June is by all standards a heinous crime. It horrified the public and must have left in Marianna’s soul a sore wound that will be difficult to heal.
The crime is a new episode in the series of plots by mobsters and outlaws who spare no effort to distort the revolution. To justify their shameful practice, they spread lies and rumours. Marianna, who was covering Tahrir Square for CTV, was roughly assaulted by a mob under the claim that she was an Israeli reporter. Even if that were true, it in no way justifies the disgraceful manner in which she was treated.  In light of this regrettable incident—which will certainly not be the last in an abominable series of events—I call upon all media outlets to boycott the coverage of demonstrations in Tahrir Square in protest against the frequent abuse and assault of reporters by mobsters and thugs.
Finally, I relay my utmost respect to the chivalrous police officer who came to Marianna’s rescue. For his bravery he was fiercely attacked, and moved to hospital with serious injuries.
Tweet
Author