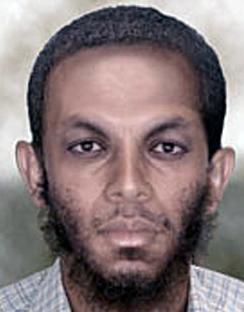 Mohammed, a citizen of both Kenya and Comoros, was long sought in Somalia for his alleged role in the 1998 bombings of U.S. embassies in Kenya and Tanzania.
U.S. Secretary of State Hillary Clinton called Mohammed's death "a significant blow to al Qaeda, its extremist allies and its operations in East Africa."
"It is a just end for a terrorist who brought so much death and pain to so many innocents in Nairobi, Dar es Salaam and elsewhere -- Tanzanians, Kenyans, Somalis, others in the region and our own embassy personnel," she said.
Mohammed was stopped at a roadblock manned by forces of the Somali transitional government, but he sped through, sparking the troops to shoot him, a senior official in neighboring Kenya said.
"We commend the good work by the (transitional government). Fazul's death removes one of the terrorist group's most experienced operational planners in East Africa and has almost certainly set back operations," said a senior U.S. official, who was not authorized to speak on the record.
Meanwhile, the commander of Somalia's government forces confirmed that two men driving through a checkpoint southwest of Mogadishu late Wednesday were killed when both opened fire on soldiers there.
One of the men was a foreigner and his identity was under investigation, Gen. Abdikarin Dhega Badans said.
Somalia's information minister, Abdirahman Omar Osman, confirmed Saturday to CNN that Mohammed was one of the dead, calling it a "huge success" for his country's security forces.
But Osman said despite the success, Somalia needs "the support of the international community to beat Al-Shabab," referring to an al Qaeda-linked group that controls large parts of the country.
A woman accompanying Mohammed was later arrested after the shooting, according to Somali government sources. The woman told authorities that the men thought they were crossing an Al-Shabab checkpoint rather than a government-run checkpoint.
The sources said the two men appeared to have modern weapons in their possession along with $40,000 in cash.
The bodies were then turned over to American authorities for DNA testing, the sources said.
The United States considers Mohammed a senior al Qaeda operative in East Africa, accusing him of being an architect of the embassy bombings that killed 225 people.
American officials also believe Mohammed was involved in attacks on an Israeli-owned hotel and airliner in Kenya in 2002, and have offered a reward of up to $5 million for information leading to his apprehension or conviction.
U.S. President Barack Obama's adviser on national security issued a statement Saturday calling Mohammed's death "another huge setback to al Qaeda and its extremist allies."
John Brennan added that the death "provides a measure of justice to so many who lost loved ones because of the actions of this terrorist."
In the past, Mohammed has managed to escape capture several times. He dodged a 2008 police raid in the Kenyan coastal town of Malindi. And in early 2007, a U.S.-led airstrike in Somalia failed to kill him. In 2003, Kenyan police also said he escaped authorities.
In December 2007, the U.N. Security Council amended a list of 25 al Qaeda suspects subject to sanctions, including Mohammed. The description of Mohammed offered numerous aliases and said he had "reportedly undergone plastic surgery."
The FBI description says Mohammed was born in the Comoros Islands, which are east of Mozambique, and has used birth dates indicating he was born in either 1972 or 1974.
Tweet
Pope Shenouda Article