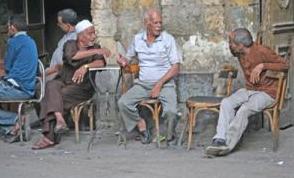 CAIRO - Most Egyptians want a new constitution before the parliamentary and presidential elections due later this year, a recent poll by four rights organisations has revealed.

A total of 83.6 per cent of those polled said that they want a new constitution drawn up first, while 14.1 per cent rejected the idea.
As for the transitional period in the country following the toppling of the former Mubarak regime, 38.5 per cent said it should be two years.
The poll revealed that most of the existing political and civil powers are not ready for the elections and that the Muslim Brotherhood, old political parties and businessmen-turned politicians would benefit the most if elections were held prior to the creation of a new constitution.
Young revolutionaries, under-formation political powers and social movements are not yet ready for the elections and will be the losers, according to the survey. Thus, Parliament will not reflect the trends of the real powers of the revolution.
The poll was conducted by the Foundation for a New World Development and Human Rights, the Reform and Citizenship Monitor, the Observers Without Borders Network and the Human Rights Defenders Network.
Participants were from six Egyptian governorates, from Greater Cairo, the Delta and Upper Egypt, including young revolutionaries, members of new and old political parties, academics, and thinkers, as well as intellectuals and ordinary citizens of various ages.
Meanwhile, Deputy Chairman of the newly created Freedom and Justice Party, Essam el-Erian, said that the party is not seeking a majority in the coming parliament, but is more concerned about seeking an accord with other political powers, in order to form a national coalition in the September parliamentary elections
“The [Freedom and Justice] Party is now in consultation with all other political trends, from the right and the left, old and new parties, Islamic and liberal powers,” el-Erian told the first popular conference for the Party, held in northern Cairo’s crowded district of Shubra Friday night.
He added that such a coalition would “save Egypt over the coming four years, and open the door smoothly for the formation of a national government to take over the country’s affairs”.
Tweet
Pope Shenouda Article