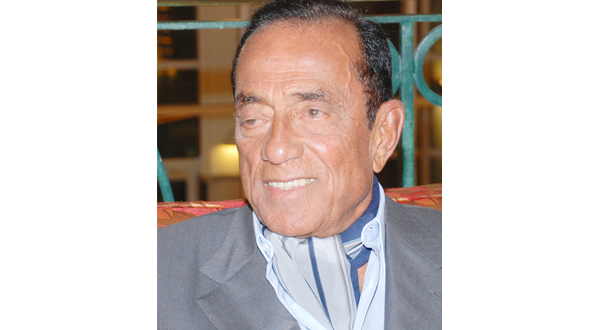 MADRID: Spain has frozen €33 million ($47 million) in accounts held by a detained Egyptian associate of ousted president Hosni Mubarak and relatives of the detainee, who is also wanted back home, officials said Friday. Bail was set at €27 million.

Hussein Salem, 77, his son Khaled and an associate described as a frontman were arrested in a wealthy Madrid suburb. The money was allegedly obtained illegally in Egypt and sent to accounts in Spain held by Salem, his family and his business empire, the National Police said. Police also seized homes worth €10 million ($14 million), including seven in the southern jetset resort of Marbella.
Salem appeared Friday before two judges: one handling the Spanish money laundering probe and another dealing with the international warrant under which Salem was arrested at the request of Egypt.
After undergoing questioning by the judges at the National Court, Salem was hospitalized in police custody with neurological problems. A court physician said Salem was not in good health, but the problem was apparently not life-threatening. The physician spoke on condition of anonymity because she was not permitted to speak publicly.
The two judges set bail for Salem at a total of €27 million: €12 million in the Spanish money-laundering case and €15 million in the Egyptian extradition case.
For now, the two proceedings will go ahead simultaneously, and at some point in the future a decision will be made as to which takes precedence, a court official said.
Salem and his son also hold Spanish passports, this court official said on condition of anonymity in line with court policy.
Presumably this circumstance might help Salem argue against extraditing him to Egypt.
Lawyers for Salem who were present at the courthouse declined to comment or give their names.
The Egyptian prosecution said Friday it had filed documents to the Spanish government detailing charges against Salem, including a copy of his Egyptian passport. The prosecutor said Salem used the Egyptian passport in the period between 2005 and 2011, which proves his Egyptian citizenship, claiming it’s a violation of Spanish laws that prohibits dual citizenship.
One of the most secretive businessmen in Egypt, Salem is wanted in his country on charges of bribing Mubarak and his family and squandering public funds, Egyptian officials say.
His detention was seen in Egypt as a major step toward unraveling secrets of corruption throughout the reign of Mubarak; and possibly a key to locate and retrieve much of Mubarak's riches, believed to be stashed abroad at a time when the country's economy is depressed, months after the uprising. Some estimate Mubarak's holdings at tens of billions of dollars.
"Salem is not just a suspect in a corruption trial or for abuse of power, he is the bag of secrets and is the face of all the illicit and illegal activities of Mubarak and his two sons," said Abdel-Khaleq Farouk, an independent economist who specializes in corruption issues.
Salem's name was linked to some of the early developments in the Red Sea resort of Sharm El-Sheikh, including supplying the resort with fresh water and establishing the first hotels. In his later years, Mubarak spent much of his time in his home built by Salem at the resort. He headed there after he stepped down. Mubarak is being detained now at a Sharm El-Sheikh hospital.
In its charges against Salem, the Egyptian prosecution said Salem gave Mubarak and his family real estate in Sharm El-Sheikh worth nearly $7 million for less than their actual value. Mubarak is accused of enabling Salem to gain $2 billion from the gas exporting deal to Israel. The natural gas deal has come under severe public criticism.
A day before leaving Egypt, Salem appeared on a private TV station— one of the rare times he spoke to the media — to deny he would flee.
"There is nothing to cause me to run away. For 40 years, I never worked in politics and never had a government job," Salem said. "I can't put my hotels and my pumping station on my shoulder and run." Salem said his relationship with Mubarak is one of "respect."
Lawyer Nasser Amin said Salem's close relations with Mubarak helped him operate under the radar for years.
"He is the richest businessman in Egypt. He had the power and the money," he said. "He has the key to the black box of Mubarak's family and will play a big part in retrieving a lot of the country's funds" abroad.
Salem left Egypt a week before Mubarak was forced to resign on February 11 after 18 days of protests. After Mubarak's ouster, the protesters continued to press for the prosecution of Mubarak and his cronies for what they say were years of abuse and corruption.
He was charged in Egypt last month along with Mubarak and the ex-president's two sons. Their trial is scheduled for Aug. 3.
Salem, an ex-army and intelligence officer, was a close associate of Mubarak from his early days in office three decades ago.
His son Khaled faces €6 million in bail in the money-laundering case and the frontman, identified as a Turkish man named Ali Evsen, had bail set at €18 million, according to a ruling late Friday afternoon from Judge Pablo Ruz, who is handling the Spanish money laundering probe.
Tweet
Pope Shenouda Article