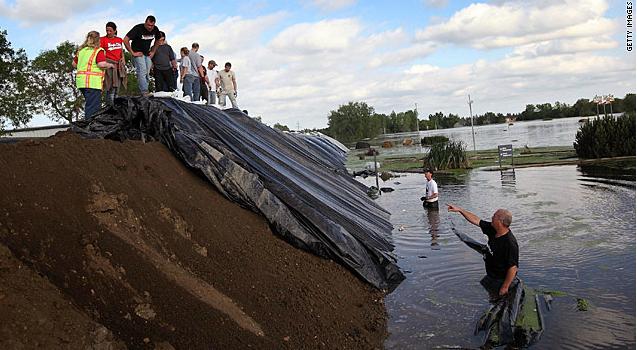 Minot, North Dakota (CNN) -- A spontaneous burst of applause broke out at a Saturday press conference in Minot, North Dakota, when the city's mayor said the Souris River should crest overnight -- about 12 feet higher than flood stage, but several inches short of what had been feared.