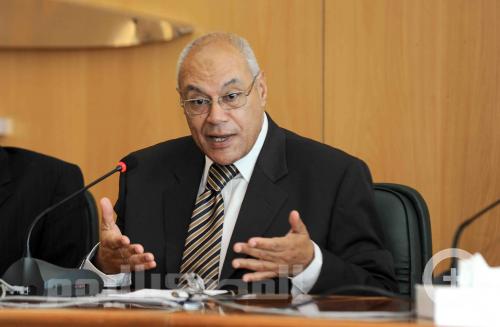 Mohamed Selim al-Awaa, Islamic intellectual, writer and a self-nominated presidential candidate, speaks during a seminar in Smart Village, Cairo-Alexandria Road, June 22, 2011. Awaa is well known for his 'moderate' Islamic views, his nomination has been regarded as a game changer given current presidential candidates. Notably, according to political commentators, Islamists have been on the rise since ousted president Hosni Mubarak's dramatic downfall.