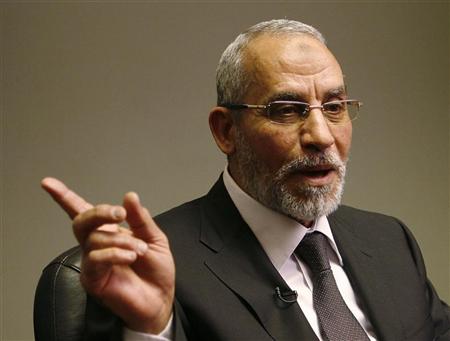 "I strongly disagree with the Obama Administration's contacts with the Egyptian Muslim Brotherhood," said Republican Steve Chabot, who chairs the House Foreign Affairs Subcommittee on the Middle East and South Asia.
"The United States should be doing everything it can to support secular democratic opposition groups instead of groups like the Muslim Brotherhood with the proclaimed objective of establishing Sharia law," he said in a statement on Friday.
US Secretary of State Hillary Clinton said during a visit to Budapest on Thursday that Washington had been in "limited contacts" with the group as part of an effort to adjust to Egypt's political upheaval.
"The Obama administration is continuing the approach of limited contacts with the Muslim Brotherhood that have existed on and off for about five or six years," she told journalists.
"We believe that given the change of the political landscape in Egypt, it is in the interest of the United States to engage with all parties that are peaceful and committed to non-violence," she said.
"This is not a new policy but it is one that we're re-engaging in."Chabot said Washington had "a clear interest in the emergence of a democratic and prosperous Egypt" because Egypt's future will have "a disproportionate impact on the future of the broader Middle East.
The lawmaker said the United States should be pushing for democratic and free-market reforms in Egypt, and said one key goal was seeing its government respect the country's peace treaty with Israel.
Tweet
Pope Shenouda Article