Politics of inclusion and exclusion 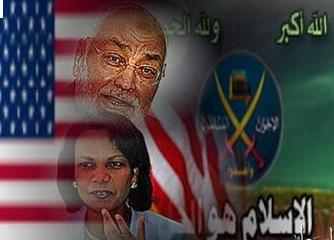 The press brought us two remarkable pieces of news during the last weeks. One was the announcement by US secretary of State Hillary Clinton that the Obama administration was “continuing the approach of limited contacts with the Muslim Brotherhood [MB] that have existed on and off for about five or six years”, stressing that the US would engage with all parties “seeking peace and non-violence”. The second was the emergence of an alliance between al-Azhar, the MB, and Salafis within the framework of the Islamic Authority for Rights and Reforms (IARF) headed by Egypt’s former Mufti Sheikh Nasr Farid Wassel. It is likely that these news will be highlighted by conspiracy theory advocates and those fond of terrifying the public.

Many Egyptians—including the majority of Copts—see the 25 January Revolution through an emotional rather than a rational prism. They anticipate a rosy future through an ideal scenario of a smooth transformation to a modern, civil State. They do not grasp the idea that the current situation, in which forces from across the political spectrum struggle and interact, is bound to breed different scenarios through which the different forces strive to impose their various agendas on the course of change. Those incapable of coming to terms with this fact inevitably fall prey to fear. But I believe this to be a big mistake since, under the law and the Constitution, the political arena is now open for all.
It goes without saying that liberal multi-party systems comprise political currents with divergent views and contradictory strategies and agendas. But this by no means implies that these groups necessarily break with or antagonise each other. Political dialogue provides for each movement to adhere to its own convictions and constants even while it opposes outlooks contradictory to them. And there should be no problem with exchanging views and conducting debates among the different parties. Candour and sincere efforts to discover areas of convergence between political forces would be a civilised way to interact, instead of stressing disagreement or trading accusations.
Those who grasp these concepts and possess the necessary self-confidence and esteem should in no way fear political debate even in case of the most contradictory of views. Because, ultimately, they cannot be cornered into accepting anything against their will or compromising their convictions. Healthy interaction can establish national and political values we missed in the past: tolerance, accepting the other, and upholding dialogue rather than violence. Such values are of utmost importance as antidotes to fanaticism.
My reading of the two news items mentioned at the outset of this article lies within the context of the normally divergent political spectrum. Only thus may I find out about the different other without embracing the different thought. I imagine that the dialogue between the Obama administration and the MB takes place within this framework. The same could be said about the alliance between al-Azhar, the MB and Salafis. I prefer to objectively read the two events rather than fall prey to fear that the US might be adopting a soft approach vis-à-vis the MB, or that al-Azhar with its moderate Islamic leanings may be retreating before the famously hardline Salafis.
The political map now taking shape in Egypt shows that two alliances will likely be destined to dominate the political stage: the alliance among Islamist parties and the one among civil parties; hardliners defending a close relationship between religion and State against hardliners advocating the separation of the two. Each camp has the right to work freely and propagate its vision and platform. And none of them has the right to exclude the other. It is inevitable for each to accept the other as a partner in the political arena, provided the competition takes places through legitimate, peaceful means.
How can we guarantee that none of the two forces would trifle with the nation’s destiny or citizen rights if they emerge triumphant in the elections? Is there a way to ensure that the winner would not manipulate the would-be Constitution to serve its interests? The solution to this dilemma is an agreement on a minimum of national constants that would serve to secure the safety and stability of the nation, and which the different political groups should recognise and pledge to preserve. Then may each group have the full right to propagate its visions and agenda among the public and enhance its opportunities at winning elections.
The current climate of fear and distrust, wherein each camp avoids interacting with the other, can never lead to constructive work. We ought to overcome the distrust and apprehension—which are, understandably, justified—and find effective mechanisms to practise politics. The US will not lose anything in its dialogue with the MB, and will not sell Egypt. Al-Azhar loses nothing in its alliance with MB and Salafis, and will not sell Egypt. It is time we are all aware of this reality.
Tweet
Author