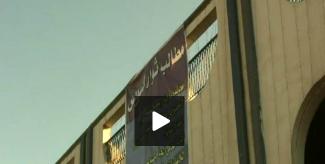 Hundreds of Suez residents organized a march to reassert the revolution’s demands. The march began at Arbaeen Square and ended at the guidance building affiliated with the Suez Canal Authority. The protesters called for the prosecution of those involved in the killing of protesters during the 25 January revolution. They also raised banners saying “Suez is a red line” in a clear warning to the Supreme Council of the Armed Forces.