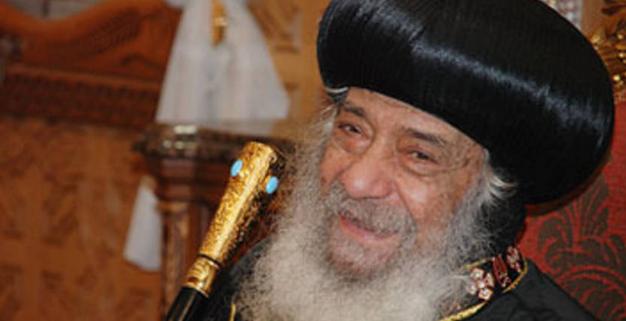 This hope was voiced during a meeting with Tagammu Party Chairman Refaat al-Saeed, state-run news agency MENA said.
The agency quoted a source at the papal office saying Shenouda's talks with Saeed tackled Egypt's current political situation, the future of political parties, and demands for a civil state.
The source said Saeed focused on the role of religious institutions in promoting moderate dialogue and emphasizing religious and cultural diversity in Egypt.
Tweet
Pope Shenouda Article