Principles to govern the constitution 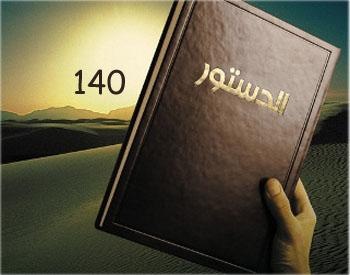 The ruling Supreme Council of the Armed Forces (SCAF) recently declared that principles should be instated to govern the writing of a new constitution for Egypt. The SCAF made it very clear that it would not itself instate these principles but would decree the basis upon which the constituent assembly charged with writing the constitution would be formed. Notwithstanding, proposals for principles that would govern the drafting of a new Egyptian constitution have been inundating the public landscape, suggested by prominent political figures and various groups, and triggering heated debate across the Egyptian political divide. The situation proves that, contrary to claims by pundits and politicians, drafting the constitution ahead of holding parliamentary elections would not necessarily lead to a stable transitional period, but may generate a political tsunami that would imperil the entire nation.

Arguments raised by advocates of “the constitution first” are clear: drafting the new constitution should not be monopolised by the single political current which wins the majority in the upcoming parliament. The public in its entirety should be represented in this process since the constitution must express a national consensus. Principles of the constitution should preserve the rights of the various national groups and respect their distinctive characters regardless of the electoral gains any group might achieve. The constitution should in no way reflect the ambitions of the winner, otherwise states would change their constitutions in accordance with electoral results. The constitution is superior to the viewpoints of the various national components, since it establishes the principles that preserve the rights of the whole nation and prevents the marginalisation of minorities and the violation of their rights.
Outlining principles to govern the new constitution is thus a necessary measure to assure minorities and vulnerable groups that they will not pay the price for their relatively limited weight; they will not be excluded from the process of drafting the constitution; and they will not sustain discriminative laws.
Vociferous opponents of “the constitution first”, who use misleading albeit bright-looking arguments, ought to reconsider if they are sincere in achieving national consensus and preserving the interests of all Egyptians. The stress that the constitution should be outlined by the people—and nobody but the people—is no more than hollow rhetoric that aims to play on the sentiments of the masses and forge their awareness. Constitutions in modern history were never drafted by the masses. It was the philosophers, pundits and scholars who form the intellectual elite who undertook the mission of drafting constitutions. They spared no effort to translate the aspirations of the people into principles protecting rights and securing equality, taking good care not to disregard minorities. This elite, whether it consists of constitutional scholars or judges, has nothing to do with legislative bodies or ballot boxes, but hold the superior responsibility of setting the principles that guide legislators.
If we are to concede to “elections first”, there should be principles in place to govern the selection of the constituent assembly that would later draft the constitution. The winners in the upcoming parliamentary elections might, obviously, not possess the qualifications or experience needed to undertake this task. It is thus helpful that groups of experts are now outlining visions of governing—or guiding—principles for the new constitution. The outcome would in all probability lead to a constitution representative of the whole population. It would also be dismissive of the demagogues who claim that ‘governing principles’ would circumvent the will of the people and confiscate their right to draft their own constitution. Such arguments are intended to cater to the revolutionaries, but those who raise these arguments do not dare ask the revolutionaries to formulate the constitution or its governing principles since they know the revolutionaries lack the experience and qualifications needed for this task. They thus plan to get the public privilege of outlining the constitution on behalf of the revolutionaries while in fact hijacking the process to their own account.
Given these dynamics, the door ought to be left open to any group, party, or coalition to formulate its specific vision regarding the principles to govern the Egyptian constitution. These would merely act as guiding principles to be taken into account when drafting the constitution. There is no room here for so-called supra-constitutional principles, because there exists no principle that is above the constitution. But the governing principles include the minimum to protect different groups and guarantee that future legislation would not violate the rights of any, however small in number or insignificant in political weight.
Governments are temporary in nature. They might tilt the balance in favour of this or that force or current. But constitutions are permanent documents designed to protect the rights of all in the nation.
Tweet
Pope Shenouda Article