Dear Washington: We've had a revolution 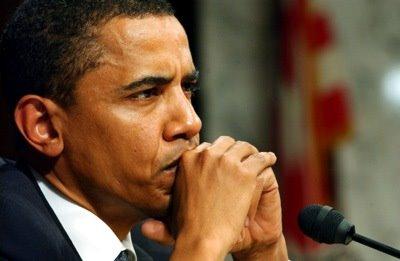 It seems that many American policy-makers and think tanks are unaware that Egypt has had a revolution. Even after the fall of Mubarak, they still want us to keep his domestic and foreign policies.They still handle Egyptian affairs in the same haughty manner, assuming the regime is prepared to make any foreign policy concessions to stay in power.

The US has gone so far as to pick policies for Egypt that are tailored to their interests and Israel’s, and then to issue threats and warnings if Egypt rejects them.
The US House of Representatives Committee on Foreign Affairs, for instance, recently proposed a bill to impose strict conditions on security aid to Egypt. According to the bill, for Egypt to continue receiving US security assistance the US president must certify that the Egyptian government is not controlled by a terrorist organization, is fully implementing its peace treaty with Israel and is taking action against underground smuggling along its border with Gaza. The bill also states that the US state and defense secretaries should submit a report on the behavior of the Egyptian government and the extent to which it has demonstrated its commitment to the above stipulations before making a decision on aid. Egypt should stop all incitement to violence against the US and its citizens, the bill adds. And Egyptian authorities should stop the broadcast of any hostile material on satellites under their control.
Even if the bill is not enforced, it still fosters a political atmosphere that encourages this type of discourse.
We, in Egypt, must keep an eye on what’s going on in the US media and think tanks, where ideas are circulating that are similar to those in the US Congress and aim to uphold Mubarak’s foreign and domestic policy.
By following US newspaper headlines and think tank recommendations, one can notice a pattern in their stances. For example, they all express deep concern over Egypt's decision not to borrow from the International Monetary Fund and the World Bank and fury at the ruling Supreme Council of the Armed Forces for making such a decision. US policy experts have called on Egypt to abolish subsidies, especially on energy, and halt the trials of former regime icons for fears they will lead to instability. They also advocate the signing of a US-Egypt free trade agreement. If the Latin American experience teaches us anything, it’s that such agreements crush any hopes for the development of domestic industries, the defense of labor rights, and the protection of the environment.
Some in the US want Egypt to remain a dependent state that is bogged down with foreign loans and assistance.
A report prepared by the Carnegie Endowment for International Peace and two other centers known for their conservative orientations advance proposals similar to those of the National Democratic Party's policies secretariat. Speaking about the pre-revolution economy, the report says:
“While poverty levels remained high, the available household survey data indicate that there was no widening of the income distribution, suggesting that the gains from economic growth were fairly widely distributed.”
The report goes on to praise the reforms adopted during the last years of Mubarak’s rule for achieving good results.
The US is acting as though Mubarak is still in power. In response, Egypt should express its clear rejection of any interference in its domestic affairs on three levels.
First, Field Marshal Tantawi should not to accept the new US ambassador until he/she presents a list of all the money that has flowed into Egypt since the 25 January revolution, its recipients  and the criteria for their selection.
Second, Egypt should tell Congress that any threats to withhold military assistance will no longer work after the ouster of Mubarak. Egypt receives this assistance as a guarantee for its adherence to the peace treaty. Cutting military aid means that Egypt may rightfully reconsider the treaty and whether it serves its interests.
Third, if American think tanks feel such an overwhelming longing for Mubarak's era, then we’re sorry to tell them that we’re not interested in their advice.
Tweet
Pope Shenouda Article