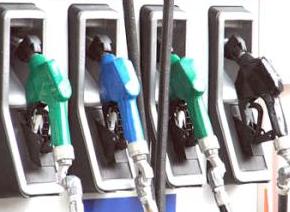 CAIRO – A renewed diesel fuel shortage, which has hit Egypt's gov- ernorates over the past few days, has left many truck drivers fuming Friday.

A similar shortage has also been reported from the coastal city of Alexandria, a major oil consumer that lies 220km north of Cairo, to Delta Governorates of Qalubia, Menufia, Kafr el- Sheikh and Damietta.
The petrol stations in these five governorates have run out of 80-octane gasoline and micro-bus and truck drivers became like "patients" looking for a medicine that does not exist, Ahmed Azmi, a truck driver, has sarcastically said.
"My main concern today is whether I can get a litre of 80- octane gasoline at its regular price to run my truck," Azmi said, adding that he only managed to fill his lorry after visiting six petrol stations along the Cairo-Alexandria Agricultural Road.
"It took me almost the entire night," he said.
"An attendant at one of these petrol stations has told me they had run out of the diesel fuel, which is suitable for trucks, micro-buses, and irrigation machines that are used by farm- ers," Abdul Karim Radi, another truck driver, said.
Meanwhile, Salem Hassan, another driver, stayed in his lorry, parked among dozens of other vehicles at a third gas station on the Cairo-Alexandria road, unwilling to give up his place in the long line in his desperate scramble for the diesel fuel, popularly known as solar.
"Around 40 other trucks were parked there, waiting for the gas station to distribute supplies just before the noon time," Hassan said.
Some drivers, who asked not to be identified, claimed that the Government has run out of diesel, or reduced the supply.
Others alleged that the farmers' use of diesel-fired agricultural equipment was the main cause of the fuel shortage.
No Oil Ministry official was immediately available to com ment on this claim. However, the Ministry said in a press release that it had increased supplies of the diesel fuel.
But, the gas station owners said that they only received very small amounts of this type of fuel, which is demanded by the truck drivers.
Reflecting the shortage, the lorries have been standing idle on this vital road, which runs from Alexandria to Cairo.
In the meantime, the drivers demonstrated in Kafr el-Sheikh to protest the fuel shortage, which they also blamed on bakery and tile factory owners.
These facilities have affected diesel supplies in the gover- norate and brought the transportation movement and trucking industry to a noticeable halt, the drivers said, adding that work with agricultural equipment for irrigation and harvesting pur- poses was slowing down because of the shortage of fuel.
Some Kafr el-Sheikh residents have expressed concern that the main power plants or bakeries could be shut down com- pletely as a result of the fuel shortage caused by the low sup- plies and high demand by drivers, farmers and factory owners.
The diesel needed to run lorries, tractors, irrigation machines, tile factories, kilns and bakeries comes form Government-owned fuel terminals that are located on the out- skirts of major cities in Alexandria, Behira, Kafr el-Sheikh, Mansura, Tanta, Menufia, Benha, Qalubiya and Cairo.
The fuel supplies have declined since Wednesday, the truck drivers in the harbour city of Damietta have complained.
Fuel supplies were particularly low in the past four days because there were no deliveries for two days by the Government, the drivers said.
Only 550,000 litres of diesel were delivered this week compared with the 2 million litres (924,602) a week normally needed to operate the trucks and mini-buses in Damietta alone, the drivers said.
Tweet
Pope Shenouda Article