Who writes the constitution? 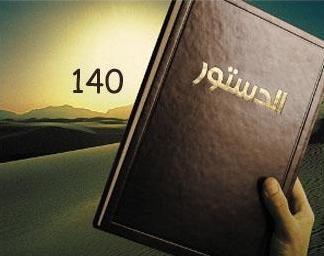 The groups which have chosen to break with the “national community” are untiringly shrieking in defence of “the people, and only the people, must draft the constitution”. In doing so, they deliberately deceive and distort public awareness by alleging that they singlehandedly care for the people’s interest, while they in fact seek to monopolise the process of drafting the constitution.