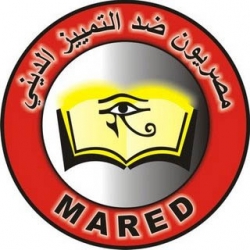 No matter what successes Prime Minister Essam Sharaf achieves together with his cabinet, he will always be discredited for underestimating public memory—a memory by no means poor. With that memory alertly registering details big and small on the Egyptian arena, Dr Sharaf has miserably failed. The public well remembers that he promised last May to form a committee to draft a unified law for building places of worship, within a maximum one-month period. They remember he declared the same committee would be charged with drafting a law to criminalise discrimination. And they remember he promised to form a committee to investigate the long list of closed churches in preparation for their reopening. When, that same month, Salafis rioted against the reopening of a church in Ain Shams, the church was again closed until an official committee checks its legal documents and issues a decision on it within one month. To date, no decision.

If Dr Sharaf did, out of the sheer pressure of the overwhelming rapidity of events, forgotten all about these promises, or was too busy to honour them, Egyptians never forgot. One may be excused for seriously doubting whether the Prime Minister possesses the apparatuses that assist and remind him of his due obligations. Do not these apparatuses realise that, left unresolved, problems become ticking time bombs? Are the decision-makers not aware that the non-promulgation of the unified law for building places of worship and the anti-discrimination law, as well as the delay in decisions to reopen closed churches, can have perilous repercussions? Shelving these issues signifies more than simply delaying pressing matters. It officially coveys to lobbyists and religious extremists the erroneous message that they have been able to defeat the State which proved unable to defend its dignity.
The sorrowful outcome is that extremists do not hesitate to challenge the power of the State and the rule of law. Acts of thuggery abound, and the public remains hounded with fear and insecurity. The evidence is the huge number of complaints and cries of distress by victims of thuggery crimes, reflecting the panic and oppression suffered by the people at the hand of outlaws. Overwhelmed with bitter despair, the question: “what is happening to us because of the 25 January Revolution?” is commonplace. Following is one such case.
Fawziya Farah Andrawus is a widow who lives with her son George in the town of Daraw, Nag al-Arab, in Aswan. Her livelihood depends mainly on a small shop she inherited from her husband. Following the revolution, specifically on 11 February—the Friday that witnessed the stepping down of Mubarak—she was alerted to shrill shrieks approaching her home. To her utter horror, a group of thugs led by one Mohamed Mustafa Mohamed Warawi and his brothers Ibrahim and Saleh, holding daggers and knives and chanting “Allah is the greatest” threatened to “cleanse the street from infidels”. At this point, Ms Andrawus realised the attack and chants targeted none other than herself and her son, them being the only Copts in the neighbourhood. The thugs smashed the doors and broke into the shop, looting the goods inside before setting it on fire. They had the cheek to threaten to kill her if she does not give up Christianity and convert to the “right religion”.
The widow rushed to the police to report the assault and threats. After the necessary investigation, the prosecutor-general of Aswan issued an order that she be handed her shop, and that her assailant would in no way be allowed to threaten her. The defendant was charged with two counts of misdemeanour, one for attacking the shop and the other for changing its features as a prelude to seizing it. The prosecutor’s order was decreed to be enforced through the necessary executive measures, even up to the use of force.
At this point, it would have appeared the agony of Ms Andrawus was over. But not so. The aggressor simply disregarded the prosecution’s decision, held on to the shop he had seized, and threatened to kill the widow and her son. “We have no government, no State, and no law,” he said. “Nobody can defend you.” Helpless, Ms Andrawus rushed to the authorities. To her dismay, the head of the investigations department advised her to accept reconciliation, whereby she would divide the shop with the aggressor. Other than that, he said, the police would not be able to protect her or enforce the prosecution’s decision. Horrified that that should come from the person representing the rule of law, she felt helpless, oppressed and terrified. She rejected the offer, however, and decided to stick to her unalloyed right. But who can secure her right? Who can defend the rule of law? And who can uphold the power of the State? Dr Sharaf is busy with the transitional period the homeland is going through. But can the homeland wait?
Tweet
Pope Shenouda Article