Most Egyptians want Mubarak to be tried – poll 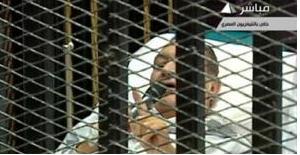 CAIRO – A recent poll conducted by the Cabinet has revealed that about 67 per cent of Egyptians want ousted president Hosni Mubarak to be tried, while 13 per cent are against the idea, the official Middle East News Agency reported on Tuesday.

Twenty per cent of the 1,000 citizens polled abstained from giving an opinion.
People who agree on the trial said that Mubarak was corrupt and led the country go downhill during his 30 years in power.
They also said that he was involved in the killing of protesters in Tahrir Square during the 18-day revolt.
Meanwhile, the people who don’t want Mubarak tried said that he achieved much during his rule and they sympathised with him, because of his illness and old age. They added that Mubarak was not the only person to have corrupted Egypt.
Sixty-nine per cent of those polled said Mubarak's trial is proceeding too slowly, while 15 per cent denied this.
The poll showed that 73 per cent of people thought that investigations into people detained on charges of corruption aren’t proceeding quickly enough; 16 per cent disagreed.
Tweet
Pope Shenouda Article