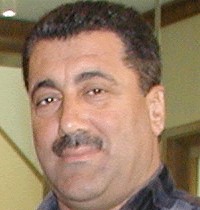 Creative Chaos, the well-known and most famous slogan, raised and set by New Conservatives Team of the former U.S administration, was aiming to reformulate the political map and scene in the Middle East, especially around Israel, and, at the same time, to end the old formula that was working for the last sixty years

This slogan was, overtly, expressed by ex-Secretary of State Condolisa Rice, in a press release, during the Lebanese-Israeli war in summer 2006. The apostle Muslim President Barak Obama is still following the same strategy. Very sarcastically and ironically, some writers and media tycoons and forums are, now, trying to call this, in fact, destructive Chaos spread allover the so-called Arab World, the Arab Spring and try to generalize it in other countries in the region, and moreover, the catastrophic useless thing is to convince us about its illusive nature. Creative Chaos aims, in one of its goals, and in the first place, to spread chaos and destruction and, then, to undermine and dismantle central existing states and authorities and lessen their efficiency and fist on the ground

This scenario has been applied and cloned , up till now, in many so called Arab States like Iraq Sudan, Tunisia, Libya, Egypt, and Yemen. The American Strategists and foreign policy makers think that applying this strategy will help weakening these states and present Israel as the only cohesive and strong political regime and entity in the region, and keep it as the only player on the stage, which, in effect, will secure its long existence and continuity among those falling apart, feeble and dismantled states. But this strategy revealed many gaps and defects that were shown up, not on that Chaos-targeted states, but on Israel itself, because the first and main bright fact that the New Cons, apparently, ignore, and therefore should learn, is that the balance of power, on the ground of all Arab state, is in favor of radical Islamists, fundamental extremists and Arab Nationalists whose major, ultimate and final strategic goal and desire are to destroy Israel, and throw it in the sea, as it is circulated and proclaimed by all Islamic and pan-Arab movements, parties and groups

This is being preached, officially, day and night, in mosques and government media in these states. In Yemen, for example, the ready substitute for General Ali Abdulla Saleh was Al Qaeda fighters and organization. And the American strategists will be drastically mistaken if they think that they can grab, control or tame Islamists and Arab Nationalists or move their hard ideologies and mythical obsessions. If we leave Yemen, confessing at the same time, its little influence on Israel due to its far distance from Israel, we cannot do the same thing when we come to a strong, axial and very close and neighboring state like Egypt that became a real religious state after decades of religious pumping and metaphysical propaganda. We must not, simultaneously, forget that Al Azhar Mosque Institution,, the Greatest historically Islamic Symbol, is stationed there. Needless to remind that Egypt is the state that, lately, cloned the chaotic scenario through the overthrown of president Mubark, the West's chronic best ally, and brought him to an insulting public trial. This strategy has many risks and dangers in the absence of security and central state's fist and powers, as we can see and witness currently in Egypt

The Creative Chaos will lead, only, as we have seen, to one single ultimate goal which is a real threat to Israel and perhaps, on the far range, to remove it from the map as Ahmadinajad, also, said one day. This doesn't mean, under any interpretation and circumstances, that we support and stand by dictators and despots of this historically ill-fated and tyranny-stricken region. The absence of central power and cohesive states, which is a major mechanism in Creative Chaos process, will, logically, lead to the absence of security all over the region

It, practically, led during the so called Egyptian Revolution to the blowing up of the Egyptian Gas pipes that were supplying Israel with cheap Egyptian Gas. Later, a very bloody attack was launched targeting an Israeli Military bus killing and wounding dozens of Israeli soldiers. The latest of this Creative Chaos fruit was the destructive attack against the Israeli Embassy in Cairo, followed by the shocking unusual flight of the Israeli Ambassador on board of an Israeli military jet

In fact, the first fugitives of the Creative Chaos Strategy, were Christians in Iraq which was emptied almost from them, and it seems, now, that it is the Jews' turn is to be the next on the list. The flight of the Israeli Ambassador in Egypt late at night,( it is also likened to president Ben Ali's Creative Chaos flight), is very symbolic and it is another fruit of American genius planning, and it may be, of course after the Islamic final takeover, thanks to American strategists, an introduction and a gate to a greater escape in the future the nature, the size and the whereabouts of it are not known, up till now, at least. *Syrian Secular and Liberal Writer