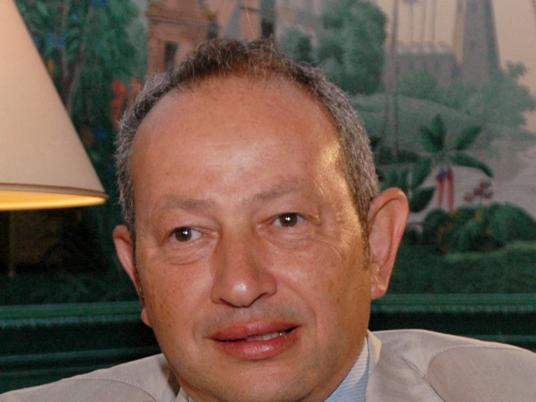 Information Minister Osama Heikel said Saturday that he ordered the closure of the Egyptian studios used by Qatari news channel Al-Jazeera because the network had not obtained a license to broadcast live from Egypt.

Last week Egyptian security forces raided the offices of the Egyptian affiliate of Al-Jazeera, sparking criticism of a perceived crackdown on news media and freedom of expression.
Heikel said Al-Jazeera has violated the country's rules by not applying for or receiving a license to broadcast live tapes.
"It is a matter of national sovereignty," the minister told the state-owned Channel One television.
"It [Al-Jazeera Mubasher Misr] entered Egypt forcefully, disregarding the country's sovereignty," he said.
The closure forced the network to halt its programming for a period, before resuming from Al-Jazeera’s headquarters in Doha.
Meanwhile Egyptian business tycoon Naguib Sawiris has said he plans to launch a new news channel to broadcast from Qatar.
Sawiris told daily newspaper Al-Ahram that the new channel will broadcast live programs from the Qatari capital.
Sawiris did not give details or say why he wants the television station to be based in Qatar.
The ON TV television network, owned by Sawiris, this month launched a news channel, ON TV Live, which features round the clock news bulletins.
During the Mubarak era, privately owned Egyptian satellite channels were required to obtain a special permit to broadcast news bulletins. None of Egypt’s more than 200 private channels was successful in obtaining such a permit however, and it is unclear if any have managed to do so since the January revolution.
Al-Jazeera Mubasher Misr was launched in the aftermath of the Egyptian uprising and has become known for its live and extensive coverage of street protests.
Lawyers for the channel said it applied for a license in March but never received a response.
Tweet
Pope Shenouda Article