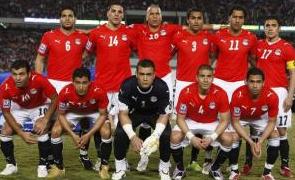 Egypt are still the highest Arab team in the rankings, ahead of Algeria (46), Morocco (59) and Tunisia (61).
The Pharaohs are the second-ranked team in Africa, behind Côte d'Ivoire and one place above Ghana, while South Africa have dropped four places to 51st position in the rankings.
The Pharaohs slipped after they were stunned by a 2-1 defeat at the hands Sierra Leone in Freetown, earlier this month.
The Leone Stars are now second in Group G and level on points with leaders South Africa, who face Niger in Niamey on Sunday.
It is Bafana's lowest rating, and the first time they have dropped out of the top 50 since January.
Tweet
Pope Shenouda Article