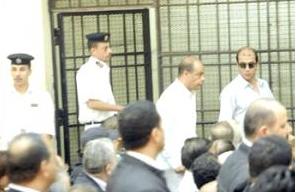 CAIRO - An Egyptian court on Wednesday sentenced former Information Minister Anas el-Feqqi to seven years in prison for squandering public fun from the state television union, the latest prison sentence to be handed to a member of Hosni Mubarak's former cabinet.

The court also sentenced Osama el-Sheikh, the former head of the union, to five years on the same charges, the court ruled.
Tweet
Author