Lawsuit of defamation of religions against Eng.Sawirus is dismissed 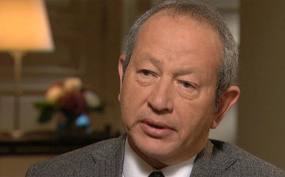 “Dismissing the lawsuits agianst Naguib Sawirus by “kasr Al Nil” court, which accused him of defamation of Islamic religion, is asserting a legal rule concerning such cases which is destined for the Attorney General by Egyptian law” said Dr. Naguib Gebrael, the head of the Egyptian Federation for Human Rights. Adding that the court declared the lawsuits were dismissed as they were raised by some lawyers who are not meant to raise such cases.

Gebrael said such judgment is confirming two things: First, it closed the door against such cases which became very common recently and followed writers, intellectuals, political activists, and businessmen. Second, it gives reason to dismiss the other lawsuits in other courts against the businessman.
Tweet
Pope Shenouda Article