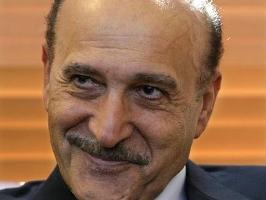 Yasmin Samir, the spokesperson for the April 6th Movement in Suez said that they refuse the nomination of the ex-vice president Omar Suleiman for the presidential race. She added that the revolution aims at several targets, and one of them is the demolition of the corrupted regime which Omar Suleiman was a pillar in it.

Yasmine Samir said that the movement think that nominating Suleiman is like shooting another pullet towards the heart of the revolution. If he wins the elections, he will prove to us that Egyptians are not yet ready for democracy, as he said before.
Tweet
Pope Shenouda Article