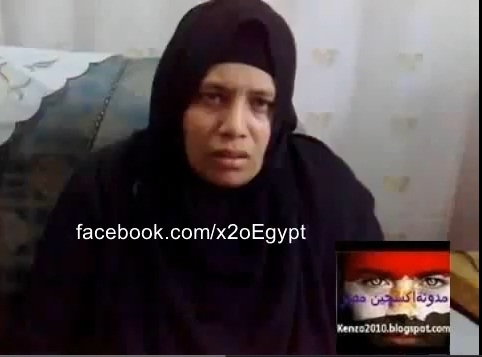 The mother of a child who died after he was hit by a car in the march to support Dr. Mohammed Mursi, the presidential candidate of Muslim Brotherhood, said angrily her son was standing by the side of the road next to a wall when he was hit, it’s their mistake.

She said bitterly: how come the people who claim they represent the Islam to do so? They killed my son and left him in the street!
It is worth mentioning that the child died two days ago after he was hit by a car in the march of Dr. Mohammed Mursi in Sharkia governorate.
Tweet
Pope Shenouda Article