Sufis and Copts versus Islamists in the upcoming parliamentary elections 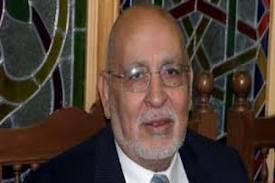 Sheikh Alaa Abu Azaim of the Sufis said that there is an alliance beteween Sufis and Copts in the upcoming parliamentary elections, and they are already united under one entity, which is the Egyptian Association, which Judge Amir Ramzy is its general secretary.

Abu Azaim stressed on the necessity of having alliances and lobbies against Muslim Brotherhood and Wahhabizm that are trying to seize over all legislative institutions of the country.