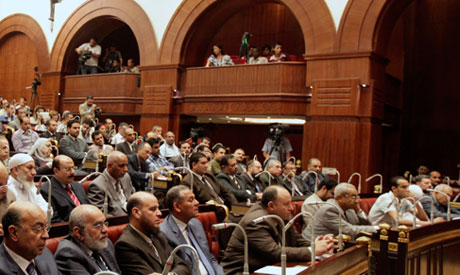 Egypt hopes to reach a preliminary accord with the International Monetary Fund on its economic and social program by the end of the month, paving the way for a $4.8 billion loan, Finance Minister Momtaz El-Saieed said.

Egyptian officials are seeking the loan as a way to restore investor confidence in the country after last year’s uprising that toppled President Hosni Mubarak sent the economy into its worst crisis in a decade. While the credit won’t plug a deficit that amounted to about 11 percent of gross domestic product last year, officials say it will help encourage other donor funds.
El-Saieed said in an e-mailed statement today that he sensed the IMF’s backing for the economic and social reform plan and the “readiness of the fund to provide the necessary support requested by Egypt.” He and other officials met with the IMF in Tokyo during its joint meeting with the World Bank last week.
Egypt needs to develop economic policies with broad public support “to ensure the program that is developed would be implemented,” Masood Ahmed, the IMF director for the Middle East and Central Asia, said on Oct. 12. The fund expects Egypt’s economy to grow 2 percent this year and 3 percent in 2013.
Egyptian officials have said they won’t consider devaluing the country’s currency and stressed they’re looking to better target subsidies that account for about a third of the budget to those who most need the government support. Egypt is also seeking to boost investments that faltered after last year’s uprising, including through public-private partnership projects.
Tweet
Pope Shenouda Article