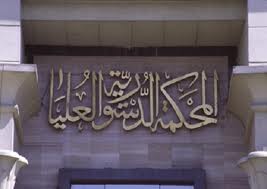 He added that such new articles are taking away from the freedom and independence of the judiciary putting it under the authority of the president.
Tweet
Pope Shenouda Article