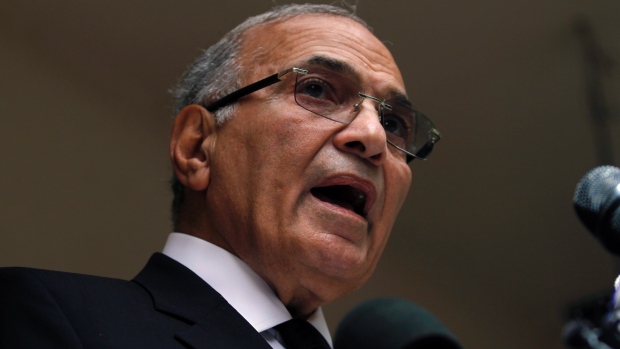 Egyptian authorities say they are freezing the assets of presidential candidate and former prime minister Ahmed Shafiq and his daughters as part of the investigation into his wealth.

The decision Sunday by the Illicit Gains Authority is the latest legal move against Shafiq, who held senior posts under deposed president Hosni Mubarak. He faces trial on corruption charges.

Soon afterward he left the country with his family to the United Arab Emirates.

The authority said in a statement that investigations show Shafiq has real estate and financial assets including 12 villas, four chalets and two apartments.