The US President Barack Obama made a speech in Cairo University on June 4th 2009 . In his almost hour long speech Mr. Obama outlined the United States future Middle East policy for years to come. As Barack Obama starts his second term in office it becomes very critical to examine how did his policy match the content of the speech and possibly predict what lies ahead specifically for our beloved birthplace and homeland Egypt. 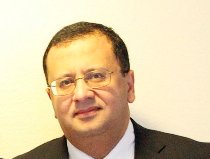