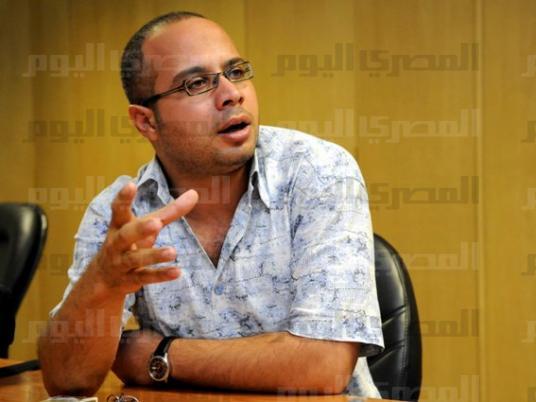 Former presidential candidate and Popular Current founder Hamdeen Sabbahi met with members of the political bureau of the April 6 Youth Movement Friday evening to discuss the formation of “a new revolutionary political alliance, that does not include remnants of the former regime,” said a statement issued by the movement on Saturday.

The statement said the meeting saw “an exchange of views on the current situation and mutual opinions on how to get out of the crisis.”
The meeting also reportedly discussed the need to build a strong revolutionary alliance without any figures considered symbols of the former regime.
April 6 Youth Movement founder Ahmed Maher said that such efforts aimed “to restore the political balance and stand against tyranny," and said that the new alliance would use an organized framework to build agreement among all parties.
Maher added that the April 6 Youth Movement is not seeking to run for the upcoming House of Representatives elections and does not intend to submit any candidates, but thinks of itself as a conscience movement linking different national parties.
He said that the movement is concerned with building and supporting an electoral list that reflects the revolution.
According to Maher, the meeting came within a series of meetings held by representatives of the April 6 Youth Movement with different political forces, parties, writers and thinkers to unify their efforts.
The movement's political bureau members who participated in the meeting included Mohamed Sami, Mohamed Ibrahim, Mahmoud Afify, Ingy Hamdy and Amal Sherif.
Tweet
Pope Shenouda Article