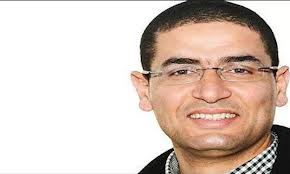 Commenting on that many train crushes, Dr. Mohammad Abu Hamid, former MP, said that with too many accidents and victims under MB rule, lives of the Egyptians are threatened severely.

He called all Egyptians to demonstrate on January 25 against MB rule in order to save the lives of the Egyptians, saying: Come with us before it's too late.
Tweet
Author